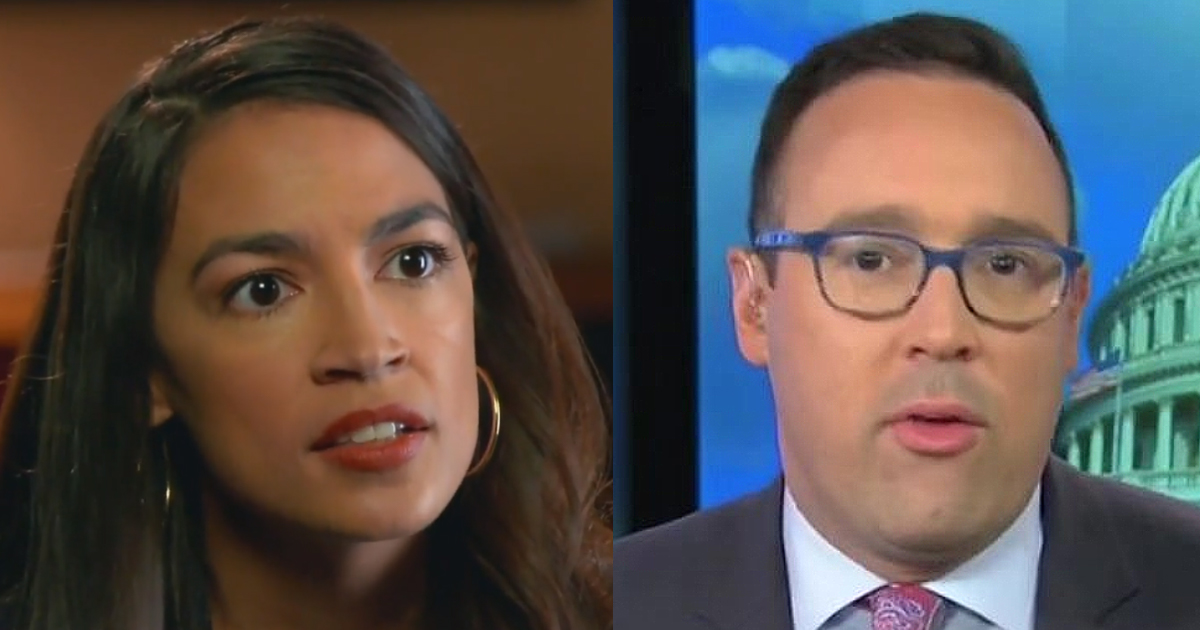 Newly sworn-in Rep. Alexandria Ocasio-Cortez (D-NY) continues to play the role of lightning rod for political commentary from all sides, and CNN’s political horse race expert and frequent butt of Internet jokes Chris Cillizza recently got into the act. But Ms. Ocasio-Cortez would have none of what she seemed to deem Cilliza’s shoddy reporting, pushing back on Twitter in a manner one rarely seen from someone so new to the national political spotlight.

“One of the criticisms of you is that your math is fuzzy. The Washington Post recently awarded with you four Pinocchios for misstating some statistics about Pentagon spending.” Cooper explained to Ocasio-Cortez.

“If people really want to blow up one figure here or one word there, I would argue they are missing the forest for the tree,” she replied. “I think there’s a lot of people more concerned about being precisely, factually, and semantically correct than about being morally right.”

The CNN anchor responded by pointing out being factually correct on subjects matter as well.

“It’s absolutely important. And whenever I make a mistake, I say ‘Okay this was clumsy.’ And then I restate what my point was,” Ocasio-Cortez said.

Writing for CNN.com, Cillizza covered this segment (as did Mediaite!) which he then promoted via Twitter:

“I think that there’s a lot of people more concerned about being precisely, factually, and semantically correct than about being morally right.” — @AOC https://t.co/jKoBUDAa9v

Cover the quote in context, thanks. https://t.co/e5zHw4uHaw

In an apparent unforced error, Cillizza then explained that the context was removed due to Twitter’s character limitations:

I did. It’s in the piece. Just couldn’t fit the entire quote due to Twitter character limit.

That makes sense, right? Not according to some very clever and yet still obvious research done by Parker Molloy of Media Matters:

Hey @CillizzaCNN, why are you lying? You had enough characters to fit the entire next sentence in that tweet. @AOC pic.twitter.com/dOq7esFhue

To make the self-own clearer, she added:

Like, c’mon, man. You could have said “I didn’t think that part of the quote was as important” or “I chose not to include it in the tweet itself.” That would at least be honest.

Ocasio-Cortez jumped on the Molloy observation and added:

.@CillizzaCNN – looks like your ‘character count’ argument to avoid including my full quote is straight up wrong.

Also: where are all the “Pinocchios” for Republicans this week (many of whom are much more senior than me) blatantly lying about marginal tax rates? https://t.co/d8VIMLKaYD

One is reminded of the scene from The Simpsons when a Homer sees a Hamburgler type character steal some Krusty burgers and takes justice into his own Krusty-clad hands:

UPDATE: Cilizza has replied, saying that Molloy’s draft tweet did not include the full quote.

That’s not a singular quote. The “second sentence” is actually part of a second quote in response to a comment Anderson made to you in between. Both quotes in full, as well as lots more context, are included in the story.https://t.co/jKoBUDAa9v https://t.co/BWSZkxoV8M

Here is the full quote, via CNN VP of communications Matt Dornic.

With all due respect, this is conflating two quotes and selectively editing. The full two quotes: pic.twitter.com/SMEZdyDGXv