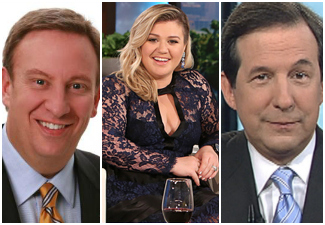 Over 100 million Americans are considered obese, according to Centers for Disease Control. That’s about one-third of the country. And 68.8 percent of Americans simply fall into the overweight category.

Regarding this topic, I think back to when I appeared on CNN’s New Day , not too long ago, to discuss Time Magazine’s infamous Elephant in the Room cover that featured a pre-Bridgegate Chris Christie fresh off a resounding 30-point gubernatorial victory in the otherwise blue state of New Jersey. Short version: It can’t be good for business to do the whole fat-shaming/fat joke thing when potentially 200 million-plus of your readers could be offended. I also pointed out during the hit that Christie lost 75 pounds and counting at the time, thanks to lap-band surgery and a responsible diet. For that, he — and all Americans living more responsibly through addressing weight and health — should be commended, not mocked. Losing weight ain’t easy, particularly for adults whose time is at a premium because of their career.

Regardless, the Christie fat jokes continue to this day. Glenn Beck — who will never be confused with David Beckham—once called him a “fat nightmare”. Chris Matthews, not exactly the owner of an hourglass figure, referred to him as “the fat guy from New Jersey”. Nothing quite says hypocrisy like out-of-shape cable news personalities failing to look in a mirror once in awhile.

And that’s what makes the conversation on Mike Gallagher’s nationally-syndicated radio show on the Salem Radio Network so utterly stupid — and there’s no other word that applies here — surrounding their poignant perspective on Kelly Clarkson’s recent weight gain. The impossibly-talented Clarkson has always had fluctuating weight issues…as have probably 90 percent of those of you reading. (I once ballooned to 205 from my normal 175 after moving above a pizza place in Hoboken and using my oven for storage due to a lack of culinary skills). Weight gain happens, even to celebrities and performers under enormous pressure to toned and tight. In a related story, at last check, Clarkson’s voice and talent hasn’t been affected one bit.

“Have you seen Kelly Clarkson? You know, the singer Kelly Clarkson?” Gallagher, who is old enough to be her father, asked his guest, Chris Wallace in the middle of a discussion around fat shaming in general. “Holy cow, did she blow up,” he continued.

Wallace — the host of Fox News Sunday and a 50-year veteran in broadcasting — saw the land mine he was about to step into but offered up this response anyway:

“She has a lovely voice (pause). She could lay off the deep dish pizza for awhile.”

Oh boy. What Wallace and Gallagher likely didn’t know was Clarkson gave birth to her child last year. According to a study by the Community Child Health Network of the Eunice Kennedy Shriver National Institute of Child Health and Human Development, pregnant women gain approximately “32 pounds over the course of their pregnancy. Around 75 percent of the women were heavier after their pregnancy with an average weight of 173 pounds a year after giving birth. Nearly half of the women (47 percent) retained over 10 pounds of the weight they gained during their pregnancy.” To that end, here’s what Clarkson told Ellen DeGeneres around her weight issues recently per Matt Wilstein‘s story earlier:

“I think what hurts my feelings for people is that I’ll have a meet and greet after the show and a girl who’s like bigger than me will be in the meet and greet and be like, ‘Wow, if they think you’re big I must be so fat to them,’” Clarkson told Ellen DeGeneres. “And it’s like, you’re just who you are. We are who we are — whatever size. And it doesn’t mean that we’re gonna be that forever.”

Add it all up, and we have two grown men born well before the first moon landing trying to be funny and looking creepy in the process. Gallagher, also a Fox News Contributor, was ill-advised by even broaching the topic of Clarkson’s weight. But it’s Wallace — who normally possesses a dry wit and delivery that’s about as good as anyone in the news business — who’s in focus, given where he is on the media food chain, and rightly so.

Two seasoned broadcasters make a joke about the fat chick that sadly thousands make every day at Happy Hours and around water coolers across the country. The difference for Mike Gallagher and Chris Wallace was this was on public air and quickly spread on social media.

In the 20th Century, we don’t hear about this. But it’s 2015. This dialogue is no longer acceptable. Both should apologize not only to Kelly Clarkson, but the millions upon millions fighting this battle across the country every day.