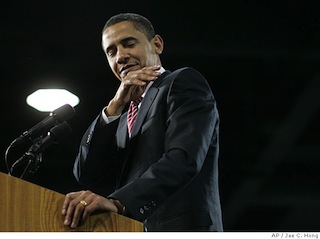 Throughout the debt debate, economists and politicians were quick to warn that a failure to reach a deal soon would lead to a credit downgrade from Standard and Poor’s, something they all agreed would be terrible. Well, we made a deal but the downgrade happened anyway and, swiftly, the economists and politicians have agreed once again. This time, they’ve all agreed that Standard and Poor’s is a bunch of jerks and we never really liked them anyway.

Leading the charge was Treasury Secretary Timothy Geithner who felt the S&P had shown “terrible judgement.” Compared to quite a few responses, that comment was downright charitable. Donald Trump called them “arrogant,” George Will said their opinion doesn’t deserve our respect, and Paul Krugman said it was painful listening to people “treating these clowns as if their opinion was worth anything.”

Not everyone, however, spent the weekend furiously removing dirt from their shoulders. Some people still seemed to put credence in what the S&P had to say. I don’t have a full list of those people but here’s a helpful trick; the louder someone attempted to blame the downgrade on a political rival, the more respect they tended to give Standard & Poor’s. Interesting correlation, that.

Still, as the markets hit turmoil, many in the nation were wondering about the prestigious investment agency’s stick usage; primarily how it got that stick so far up there and when it would be coming out.

In other news, Americans have collectively released a statement saying that they don’t care S&P didn’t invite us to its birthday party because “it will probably be boring” and “we didn’t actually want to go anyway.”