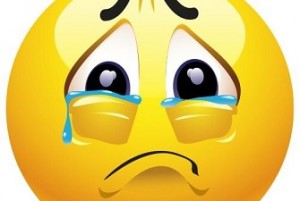 CNN host Anderson Cooper created quite a stir with his grilling of Republican Florida Attorney General Pam Bondi on Tuesday, in which he took her to task for her past anti-gay statements during an interview about the Orlando mass shooting. Nowhere is the hurt over this interview more acute than among conservative online bigots, who just can’t understand what Cooper’s damage was even as Bondi continued to erase LGBT identity from the attack during the actual interview:

BONDI: The only thing I’m championing are human beings whose lives were lost.

COOPER: So that’s your message to gay and lesbian people here. Because, again, I’m just telling you what people have been telling me to ask you, moving forward, do you see yourself as being a vocal champion for gay and lesbian citizens in the state?

BONDI: They are citizens just like anyone else. Of course. My goodness, Anderson, we have had 49 people murdered. Simply because they were in a bar at the wrong time.

Of course, the people at that bar weren’t “just like anyone else,” and they weren’t “in a bar at the wrong time,” they were LGBT Americans, and that’s why they were killed.

Luckily, there were online bigots like anti-gay activist Brent Bozell‘s Newsbusters and The Daily Caller‘s Jim Treacher, who thinks the Pride flag is the same as the Confederate flag, to defend Bondi’s honor. Treacher gets extra troll points for his dismount:

This is disgraceful, and Anderson Cooper should be ashamed of himself. If he really wants to honor the memory of those people, this is exactly the wrong way to do it. I never would’ve imagined he’d step over the bodies of terror victims to harangue an ideological opponent about his pet issue, but obviously I gave him too much credit. What a petty display from a small man.

People like Cooper, and that other jackass Dan Savage, think that enduring a lifetime of bullying gives them a license to bully others. It doesn’t. They’re just like the people they disdain.

Hang in there, Pam Bondi. It gets better.

Get it? “It gets better?” Good one. Why not “She shall overcome?”

In fairness to these folks and their feelings, though, there may also be some normal people who might object to Cooper’s grilling, who might think that “this is not the time,” and “shouldn’t we all stand together?” They’re appealing sentiments at a time of grief, but only if you’re not the one being comforted and co-opted by the same people who have been waging a campaign against your basic rights.

For those people, this is exactly the time to call out the people who have fought to marginalize and dehumanize them every step of the way, and either demand repentance or give them hell. Republicans do actually have a choice, you know. They can stop fighting for the right to discriminate against LGBT people, and instead marginalize the bigots who hide behind “religious liberty” to enforce their intolerance. Until then, this is exactly the right time to call out people who think they can instantly exchange the heel of their boot for a helping hand.