Angelina Jolie Reveals Decision to Remove Ovaries: ‘It Is Nothing to Be Feared’

Angelina Jolie Reveals Decision to Remove Ovaries: ‘It Is Nothing to Be Feared’ 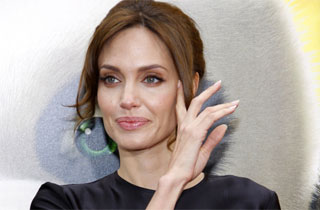 Nearly two years after Angelina Jolie went public about her decision to undergo a double mastectomy, due to a gene mutation that led to an elevated risk of cancer, she continued her campaign to raise awareness by writing about her second surgery: Removing her ovaries after learning they were pre-cancerous.

Writing in the New York Times, Jolie, who had three immediate relatives die from cancer, said she made the decision to remove her ovaries when she discovered that she had elevated inflammatory markers, a sign of possible early cancer in her ovaries. (Carrying the BRCA-1 mutation put her chances of having breast cancer at 87%, and her chances of ovarian cancer at 50%.)

While Jolie said that she had considered removal of her ovaries and fallopian tubes before, learning about her possible early cancer forced her hand. She did not make this decision lightly, she says — “It puts a woman into forced menopause,” she noted — but she writes that it was worth it:

It is not possible to remove all risk, and the fact is I remain prone to cancer. I will look for natural ways to strengthen my immune system. I feel feminine, and grounded in the choices I am making for myself and my family. I know my children will never have to say, “Mom died of ovarian cancer.”

Regardless of the hormone replacements I’m taking, I am now in menopause. I will not be able to have any more children, and I expect some physical changes. But I feel at ease with whatever will come, not because I am strong but because this is a part of life. It is nothing to be feared.

I feel deeply for women for whom this moment comes very early in life, before they have had their children. Their situation is far harder than mine. I inquired and found out that there are options for women to remove their fallopian tubes but keep their ovaries, and so retain the ability to bear children and not go into menopause. I hope they can be aware of that.

(Speaking from personal experience, ovarian cancer is the sneaky asshole bitch of cancers. While early detection can easily prevent the cancer from spreading — and, for safety’s sake, sometimes involves the removal of the ovaries — it’s incredibly difficult to do screening tests to detect it at that stage. More than half of all cases are caught in the advanced stages. And the survival rate is awful: 34% of women diagnosed with Stage III ovarian cancer survive five years after diagnosis. So if you carry the gene, seriously consider Jolie’s advice — it will save you so much heartbreak later on.)