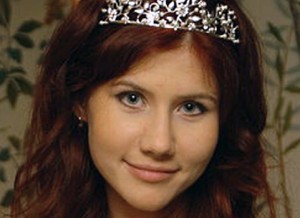 What’s a girl to do after she’s been publicly outed as a spy trying to procure American intelligence information? Well, if she’s young, sexy, and Russian like Anna Chapman, the answer is apparently simple: join parliament.

Newsweek reports that Chapman, who goes by her maiden name Anna Kushchenko now that she’s been deported back to her native city of Volgograd, could have a political career ahead of her as part of the Duma, the lower house of the Federal Assembly of Russia – Alexander Potapov, leader of the Volgograd sect of the Liberal Democratic Party of Russia (LDPR), announced that he plans to back her if she decides to run for a Duma seat in 2012.

Though she lacks political expertise, it is not uncommon for inexperienced Russian celebrities to join parliament. The United Russia Party has been known to fill its ranks with similarly sexy female celebs like gymnast Alina Kabaeva, Bolshoi ballerina Svetlana Zakharova, and Playboy-posing Olympian Svetlana Khorkina. And any doubts about Chapman-turned-Kushchenko’s celebrity status in Russia went out the window when she was greeted in Volgograd with a hero’s welcome and a song composed in her honor.

That whole thing about her being an international criminal doesn’t seem matter either: the LDPR put Andrei Lugovoi (who was wanted in Britain for murder) on their ballot in 2008, and he won. The fact that she is no longer welcome in the United States – and that a recent ban from the United Kingdom will probably soon extend across the majority of the European continent – might make it difficult for her to fulfill some of her political duties, however.

Now that photos of her have been strewn about the Internet, there’s no way for her to return to her undercover lifestyle. The only step now is to embrace her new public persona, and since those nudie pics her ex-husband leaked make her about as qualified as parliamentarian Khorkina, adopting a political role in Russia might be the best way to do that.