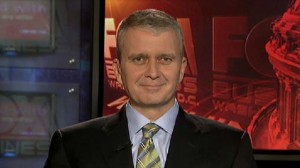 The conventional wisdom from many TV pundits on the latest info dump from WikiLeaks was that, while they were potentially embarrassing, there was mostly nothing that people didn’t already know. The same can be said of “FoxLeaks,” the title given by Media Matters to a recent release of leaked internal memos from Fox News Washington managing editor Bill Sammon to staffers. Last week’s published memo demonstrated how he directed coverage of the health care debate; today, leaked memo focused on the Global Warming debate. Get ready…he wanted it to reported with skepticism. Shocking!

The e-mail was reportedly sent on December 8, 15 minutes after Wendell Goler had gone on air and reported the findings that the years 2000-2009 had been the warmest decade on record. In the memo, Sammon stresses that on-air personalities should make a point of mentioning the criticisms of Global Warming research like the (heavily promoted on Fox) Climategate scandal.

…we should refrain from asserting that the planet has warmed (or cooled) in any given period without IMMEDIATELY pointing out that such theories are based upon data that critics have called into question. It is not our place as journalists to assert such notions as facts, especially as this debate intensifies.”

Media Matters then has a number of instances following the e-mail in which the suggestion was followed, including another report by Goler just a few hours later.

At first glance, this memo doesn’t seem nearly as damning as last week’s which seemed to show Sammon’s support for what critics fairly see as double-speak and selective phrasing in what should ostensibly be objective wording. This same comment could be found in the discussions of supposedly “liberal” newsrooms and be seen as nothing but necessary caution. It’s the word “immediately” and its capital letters stressing that is the most worrisome. The Climategate situation wasn’t officially debunked until a few months later, but it was still being questioned at the time and, therefore shouldn’t have been pushed so heavily. It’s the difference between saying evolution should be taught with a hat tip towards intelligent design and saying every time you mention evolution YOU HAVE TO EXPLAIN CREATIONISM IN THE VERY NEXT SENTENCE, GOSH DARNIT! THIS IS IMPORTANT! I CAPITALIZED IT!

The other similarity to the WikiLeaks situation and FoxLeaks (you know Media Matters is hoping that catches on) as well as the Journolist leaks and the Mel Gibson tapes is that Media Matters appears to have multiple internal memos and (wisely) plans on publishing them separately and in a drawn out fashion so as to maximize the media impact and the damage to Fox News and Sammon.

In the aftermath of this latest memo (and any that may come down the road), it will be interesting to see if Fox News makes any kind of response. They rarely respond to these sorts of critiques (they don’t want to look like those evil and weak liberals at NPR, after all) and they certainly don’t want to give Media Matters — institution that exists solely to take FNC down — any sort of legitimacy. But if the outcry over these leaked Sammon memos (and theoretically more to come) gets too deafening in other circles, Fox News may have to recognize that Sammon’s objectivity has been compromised to the degree that they will make an example of him. Perhaps they won’t fire him, but will instead move him to another position, one with “opinion” clearly in the title.

Judging from the memos so far, that might be a pretty good idea.

Check out the rest of the report here.