Another Reason To Hate Lawyers; Threatening To Sue Over The Newtown Massacre

Another Reason To Hate Lawyers; Threatening To Sue Over The Newtown Massacre 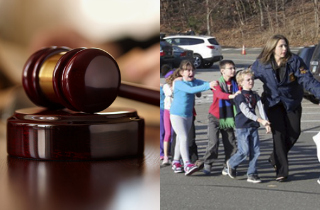 It’s normal, arguably even human nature, to want someone to pay for a horrible crime like the massacre at Newtown. A stiff sentence for the perpetrator can give victims and their families a sense that, despite their enormous pain, some justice was served. But when a criminal kills himself as Adam Lanza did after executing 20 children and 6 adults and injuring others at Sandy Hook Elementary School, those victims and families still reeling from the event itself are deprived of that mild judicial comfort.

Consequently, it’s not surprising that they would look elsewhere for some form of elusive justice, in particular at others who should have, might have, or could have somehow prevented the incident. In Newtown, that focus might have initially been on Lanza’s mother Nancy, with whom he lived. But no matter what one thinks of her parenting, gun collection, or decision making (or the fact that Lanza was legally an adult), she was the first of her son’s victims, killed in the Newtown home they shared.

His father, Peter, reportedly lived in Stamford, CT. He had separated from Adam’s mother in 2001, and officially divorced her in 2009. Though his parents legally had joint custody, Adam lived with his mother full time while his father supported him financially. When Peter remarried in 2010, Adam allegedly cut off contact with him (although I presume a creative lawyer will, at some point, attempt to hold him responsible too).

But in a school or workplace shooting where the shooter is an adult, the most obvious place to seek some form of “blame” would be with the institution where the incident transpired. What security measures were in place? Where were the gaps? Was there proper training? How did the killer manage to accomplish his devious plan? Certainly at a school there is a duty to protect the students.

Enter Connecticut attorney Irving Pinsky, who announced last month that he would be seeking to sue the state on behalf of an unnamed client referred to only as “Jill Doe.” Pinsky, reportedly the mastermind behind holding up a 1-800-Law-Cash sign in the crowd outside the Today Show studios, argued that the state should be held responsible for the “emotional and psychological trauma” his young client endured.

His suit alleged that she heard “cursing, screaming, and shooting” over the school intercom when Lanza entered the school building and that “as a consequence, the …child has sustained emotional and psychological trauma and injury, the nature and extent of which are yet to be determined.” I am certain that every child in that building endured some degree of emotional or psychological trauma. Pinsky was unsure whether his client actually saw anyone killed.

As a legal matter, he argued that the school didn’t provide a “safe school setting” or design, nor “an effective student safety emergency response plan and protocol.” Putting aside whether any training was “proper,” what difference would it have made? Pinsky’s client might have preferred that the gunfire and screaming not be transmitted over the intercom as Lanza was killing her classmates, but that chaos emanating from the intercom is what led brave teachers to jump to action and save tens of lives by acting on something far more valuable than training, instinct.

The legal and ethical problem, of course, is that the school had locked the doors and the only way Lanza was able to enter the building was by shooting his way in. The school is responsible for protecting students from “reasonably forseeable harm,” not any harm. If someone shooting through a locked down school is forseeable, then I would think the only possible way to “protect” students would be to adopt the NRA’s suggestion of having armed guards at every school (and as we saw at Columbine, that doesn’t necessarily prevent it either). Even if you agree with that radical position, it is ludicrous to suggest that the school should have been legally required to have armed guards in place before this occurred.

Then again – maybe law enforcement didn’t respond quickly enough and therefore additional training for teachers could have changed the outcome? Except they did. After receiving the first call at 9:35 am, the police arrived almost immediately, and that is what caused Lanza to take his own life before inflicting more carnage.

Alas, after days of blowback to this frivololous and shameful lawsuit, Pinsky announced that he was withdrawing it. But just for now. “I received new evidence on security at the school, which I need to evaluate,” Pinsky told the Stamford Advocate.

Keep in in mind that in addition to the lack of merits, you need permission to sue the state of Connecticut – so he would have to refile the paperwork with the relevant state authorities just to try to move forward. This was a really weak case, and now really not a case at all: except that the publicity surrounding it serves to further sully the practice of law in the eyes of the public.

Pinsky claimed he wasn’t doing it for the money, telling ABC News, “My main concern here is to stop this from happening again and we’ve had a lot of mass murders in America… We’re trying to get school security upgraded in Connecticut and nationally… This is America… We can do better. We can do much better.”

Right, we needed a lawsuit to lead to a national discussion about school security after Newtown. In many high profile cases, attorneys suing claim that the suit is about enacting some form of change and not about money damages. Sometimes that is absolutely true; a large judgment or even settlement can force otherwise reluctant and recalcitrant corporations in particular, to fundamentally change the way they do business. At other times, however, it can be nothing more than a politically correct explanation for why they are seeking dollars from a tragedy. Like here.

I can understand why some distraught family members are looking for someone to hold responsible for this senseless act but a dispassionate lawyer should know better. Maybe that’s a utopian view of attorneys, but there is just no excuse even for threatening to file this type of lawsuit and that shamelessness serves to further diminish the public’s perception of all members of the bar.