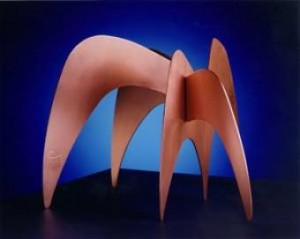 The American Society of Magazine Editors announced nominations for their annual National Magazine Awards, honoring some familiar titles and bold face names associated with magazine publishing. New York and The New Yorker each led the nominations with 10 nods, and National Geographic followed closely with 7 nominations. A full list of the nominations after the jump.

The press release from ASME:

NEW YORK, NY (March 10, 2010)—Sid Holt, Chief Executive of the American Society of Magazine Editors, today announced the finalists for the 45th annual National Magazine Awards. Among the 51 magazines nominated in 23 categories are 20 magazines with multiple nominations—led by New York and The New Yorker with 10 each and National Geographic with 7—and 8 never-before-nominated titles.

“Magazines have never been better,” said Mr. Holt. “The depth of reporting, quality of writing, superior storytelling and unparalleled service journalism in this year’s National Magazine Awards finalists showcase the editorial strengths of our medium.”

Known as the Ellies, for the Alexander Calder stabile “Elephant” given to each winner, the National Magazine Awards Annual Gala will take place this year at Alice Tully Hall in New York City on April 22. The gala will also include the presentation of the Magazine Editors’ Hall of Fame Award to Anna Wintour, the editor-in-chief of Vogue. In addition, ASME will honor its longtime executive director, Marlene Kahan, who is stepping down after more than 30 years of service to the organization.

Sponsored by the American Society of Magazine Editors in association with the Columbia University Graduate School of Journalism, the National Magazine Awards were established in 1966 and have long been recognized as the preeminent awards for magazine journalism in the United States.

More than 300 magazines participated in the National Magazine Awards this year, submitting 1,758 entries

The finalist this year with the largest print circulation (5.6 million) is National Geographic; the finalist with the smallest (3,000) is The Antioch Review.

The categories and finalists for the National Magazine Awards 2010 are:

DESIGN, PRINT
Honors the effectiveness of design, typography and artwork in support of the editorial mission of the magazine

PHOTOGRAPHY, PRINT
Honors the effectiveness of photography, photojournalism and photo-illustration in support of the editorial mission of the magazine

PHOTOJOURNALISM
Recognizes the informative photographic documentation of an event or subject

MAGAZINE SECTION
Recognizes the excellence of a regular, cohesive front- or back-of-back section

REPORTING
Honors the enterprise, skill and analysis that a magazine exhibits in covering an event or problem of contemporary interest and significance

REVIEWS AND CRITICISM
Honors the knowledge, persuasiveness and original voice that the critic brings to her or his reviews

The American Society of Magazine Editors is the principal organization for magazine journalists in the United States. The members of ASME include the editorial leaders of most major consumer and business magazines published in print and online. Founded in 1963, ASME works to defend the First Amendment and preserve editorial independence. ASME sponsors the National Magazine Awards in association with the Columbia University Graduate School of Journalism.