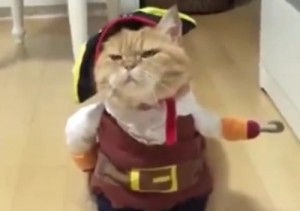 Look, we get it. Sometimes social media professionals screw up. Sometimes it’s as minor as a single misspelled word in a 800-word blog post, sometimes it’s as big as a tweeted link purporting to be about one thing when it’s really about another. Such was the case for the Associated Press’ @AP_Politics Twitter account, which tweeted out a link to the AP’s story about the alleged hack of CIA Director John Brennan and Secretary of Homeland Security Jeh Johnson‘s personal email accounts.

The now deleted tweet originally read, “CIA director’s private email hacked? Person claims to have breached account, along with Homeland Security secretary,” then provided a shortened link to what was presumably the AP’s story on the matter. It wasn’t. 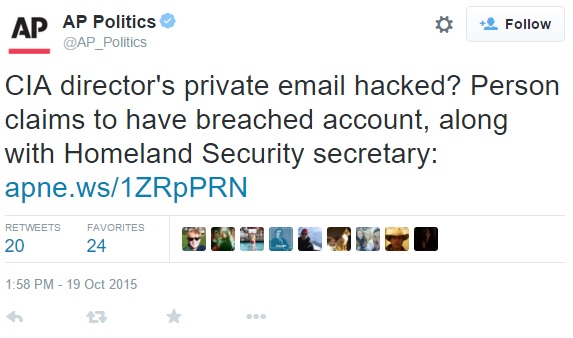 Instead, it linked to a viral video of a cat wearing a pirate costume for Halloween posted to actor Tyrese Gibson‘s Facebook page last Friday. Hence the classy gentleman pictured at the top of this post.

.@AP_Politics this is phenomenal. do NOT delete your tweet pls. thx.

The Associated Press wins the internet today with the link in this tweet: https://t.co/VE3vx5eIsm Please don't delete it @AP_Politics

Sadly, the AP deleted the original tweet, but that didn’t stop everyone from having some fun with the wonderful SNAFU.

You really have to click through to the article to appreciate the magnitude of this tweet. https://t.co/oMWCw0HR48

calling it right now: The Associated Press Pirate Cat is the best Twitter event of today, regardless of whatever Biden does.

You better apologize for that tweet, @AP_Politics. My father was a cat dressed as a pirate, and my grandfather was Tyrese.

my god, they have even hacked the ap's link and replaced it with a video of a cat in a costume