Beck Compares Trump Supporters to Brownshirts and Breitbart to Goebbels 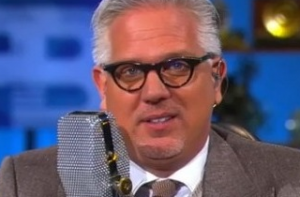 Last night, during one of Glenn Beck‘s many stump speeches for Ted Cruz, Donald Trump casually crashed the whole event, stealing Beck’s thunder. Beck and Trump are mortal enemies of the highest degree, so this was a most grievous offense.

Beck hasn’t stopped talking about it all day. First, he took aim at  the candidate’s supporters in a post called “Silence in the Face of Evil is Evil Itself” around noon. This part is where the comparison’s with Hilter’s supporters come in:

There is a storm coming of biblical proportions, a storm coming beyond your recognition. When the economy collapses, when our currency is worth toilet paper, who do you want, who do you want handling our nation? You want somebody who has divide us, who is grooming Brownshirts? I was at the caucus last night. I had never seen anything like it. These Trump supporters were beyond recognition as anything I’ve ever seen — rude, vile, nasty.

Then, Breitbart covered his Nazi comparisons and that set him off even more. On his radio show this afternoon, Beck unleashed more comparisons, taking aim at executive chairman Steve Bannon:

By taking orders from a political candidate and reworking your entire site to promote the lies of a specific candidate without any kind of truth behind these things and just spinning all of it, doing what you’ve done to Breitbart and anybody who reads Breitbart knows exactly what’s going on; if that is what your idea of being Roger Ailes is, you are so sadly mistaken. That doesn’t make you Roger Ailes, that makes you Goebbels.

Hear it for yourself here:

Breitbart noticed the latest call back to Nazi Germany, posted about it, and continued the cycle anew.