Beck: Obama Either ‘Delusional’ or ‘Dumbest Son-of-a-Bitch on the Planet’ 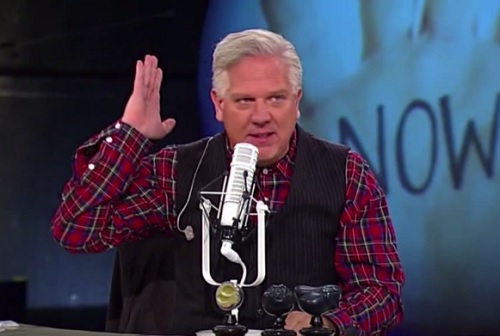 Glenn Beck unloaded on President Obama Thursday, calling him either “delusional” or the “dumbest-son-of-a-bitch on the planet.”

Lamenting the president’s recent focus on climate change at the COP21 summit in Paris, Beck addressed Obama on his radio program in the wake of Wednesday’s deadly massacre in San Bernardino, CA.

“Mr. President, I say this with as much respect as you deserve,” Beck began. “Screw global warming.”

“The hell is wrong with you?” he asked. “If you actually believe that global warming is the biggest problem we face with terror all over the world, and 18 trillion dollar debt––nine of which is yours––no real allies left that trust us, riots in our streets, riots on our university campuses, race relations worse than I’ve seen since the 1960’s, and a distrust of our fellow Americans unlike anything I’ve ever seen, you, sir, are either delusional or you’re the dumbest son-of-a-bitch on the planet.”

“Which is it?” Beck continued. “Because it is about Islam.” The radio host went on to list several recent incidents that he considered also “about Islam,” including “Ahmed the clock kid.”

“It was a timer, not a clock,” Beck concluded.

In a separate Facebook post, Beck bemoaned the “PC coverup” around the San Bernardino shooting. “The way the media and this administration look for every opportunity to blame things like this on white, religious or conservative America is disgusting, irresponsible, unAmerican and frankly I for one am sick and tired of it,” he wrote.

“This president is delusional, stupid or has an agenda that possibly was a ‘dream from his father,'” Beck continued. “We better hurry because there is a dangerous delusion that has spread. It is insidious and if it isn’t stopped many, MANY more will be killed.”