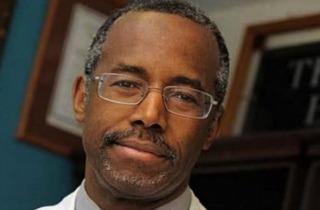 After causing a firestorm of controversy when he seemingly compared gay marriage with bestiality and pedophilia, Dr. Ben Carson has again apologized for the comments – this time in more unequivocal terms. In an email to the Johns Hopkins University community, the famous pediatric neurosurgeon with the university’s hospital said that he was deeply sorry for his “poorly chosen words.” He issued the “most sincere and heartfelt apology” for his comments.

My thoughts are that marriage is between a man and a woman. It’s a well-established, fundamental pillar of society, and no group, be they gays, be they NAMBLA, be they people who believe in bestiality, it doesn’t matter what they are. They don’t get to change the definition.

On Friday, in an email obtained by POLITICO, Carson issued a forthright apology for those remarks:

“As you know, I have been in the national news quite a bit recently and my 36 year association with Johns Hopkins has unfortunately dragged our institution into the spotlight as well. I am sorry for any embarrassment this has caused,” wrote Carson, who is the director of pediatric neurosurgery at Johns Hopkins Hospital. “But what really saddens me is that my poorly chosen words caused pain for some members of our community and for that I offer a most sincere and heartfelt apology. Hurting others is diametrically opposed to who I am and what I believe.

“There are many lessons to be learned when venturing into the political world and this is one I will not forget. Although I do believe marriage is between a man and a woman, there are much less offensive ways to make that point. I hope all will look at a lifetime of service over some poorly chosen words,” Carson’s email concluded.

Carson had previously told MSNBC’s Andrea Mitchell that he was sorry for the comments “if anyone was offended.” Some were not satisfied by the apology which they felt lacked contrition.