Bill Murray Speaks Out About Islamophobia: Muslims ‘Just as Goofy’ as the Rest of Us

Bill Murray Speaks Out About Islamophobia: Muslims ‘Just as Goofy’ as the Rest of Us 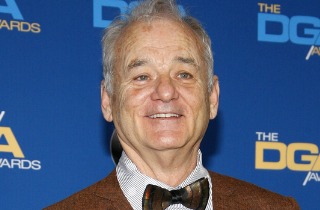 With concerns about anti-Muslim backlash brewing, one surprising voice is speaking out about Islamophobia: none other than Bill Murray.

Murray was in Morocco (where his recent film Rock the Kasbah was filmed) for the Marrakech International Film Festival, and according to The Daily Beast, in addition to talking about himself and his projects, he talked a little about foreign policy and the Muslim world.

On U.S. foreign policy, Murray said, “People think we made this movie to brush up the American image… Now there is brand confusion with Afghanistan and Iraq. I think many Americans do not know what is going on, but the fact that we are now seen as bullies and not do-gooders is of concern.”

Murray talked candidly about how proud he is to be an American despite its flaws and “the pursuit of money,” but he also opened up about his thoughts on Islamophobia:

Murray talks about working with a Palestinian actress in Kasbah and the situation in the Middle East. Does he have a solution? “It should be solved by the end of the week,” he jokes.

“There is a phobia about what Muslims are like,” he continues. “I have known about two-dozen. I went to school in Paris with Muslims. Most were from Iran. I found them much to be like friends back home. I was raised as a Catholic. It was always Catholics against Jews. I’m in Hollywood. There are lots of nutty Jews and lots of nutty Catholics. Muslims are just as goofy, too. It is what makes the garden beautiful: Not every flower is the same.”