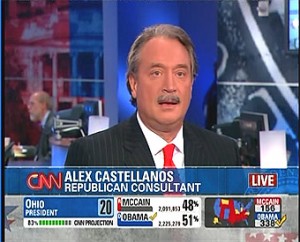 Since the BP oil spill began in the Gulf of Mexico 50 days ago, the media has been attacking the situation from all sides. Coverage has included everything from outraged citizens and oil-clad wildlife to Obama trying to figure out “whose ass to kick.” But the Washington Examiner suggests there is a more complex situation with conflict of interests since “BP bought up some of Washington’s biggest pundits to clean up their image.”

John Feehery is an example. He has worked on BP’s account with the Brunswick Group, according to the article, but also has appeared on CNN and MSNBC saying he’d “like the administration to focus on plugging the damn hole.” There is nothing fundamentally wrong or misleading about that–except that he was identified on television as Republican strategist.

“I didn’t think we were going to talk about the issue,” he said. “I should have said something, and I regret that I didn’t, but my message then wasn’t approved by BP, nor was it a BP message, nor did I think of BP when I said it.”

MSNBC did not respond to a request for comment.

“Both Alex and Hilary are contributors used primarily to comment on political issues, and they are not being used to discuss the oil disaster story,” CNN spokeswoman Edie Emery said.

Avoiding a conflict of interest is a fundamental principle of journalism. Networks, especially with such a messy situation, should be making sure they keep track of them and are engaging in full disclosure.