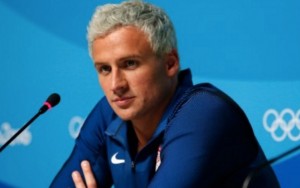 ABC News is reporting that Ryan Lochte and US Swimming teammate Jimmy Feigen have been indicted by authorities in Rio De Janiero for false reporting of a crime.

Brazilian outlet Globo News is also reporting that the swimmers have been indicted.

Feigen is still in Rio, while Lochte is back in the US.

Earlier, Law Newz examined whether Lochte could potentially be extradited to Brazil.

Under the United States-Brazilian International Extradition Treaty that was signed in 1962 and enforced in 1964, it states quite clearly that the US and Brazil are not bound to grant extradition of their nationals. However, the treaty states that “if the Constitution and laws of the requested State do not prohibit it, its executive authority shall have the power to surrender a national if, in its discretion, it be deemed proper to do so.”

UPDATE 6:35 p.m. – ABC is reporting that Gunnar Bentz and Jack Conger were questioned for five hours on Thursday, but were let go by Brazilian authorities.

UPDATE 6:49 p.m. – ABC is now backing off their initial report that Lochte and Feigen have been indicted, saying that authorities have recommended that the swimmers be indicted.