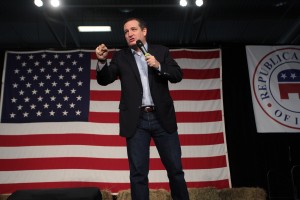 Screenwriter Craig Mazin has enjoyed a fair bit of attention with his hilarious Twitter feed detailing his years as Ted Cruz‘s roommate at Princeton. As the Texas Senator has become an increasingly likely candidate to earn his party’s nomination for President, Mazin has made it his business to reveal the embarrassing and hilarious history from Cruz’s past.

It all started back in 2012 during Ted Cruz’s upstart Senate run. Just weeks before the November 6 contest in Texas, Mazin first wrote on Twitter:

My freshman year college roommate Ted Cruz is going to be elected Senator. In case I hadn’t made it clear, he’s also a huge asshole.

As Cruz’s career in the Senate continued to, Mazin would likewise Tweet out many things from his Princeton years that the blogosphere have eaten up with glee, detailing the sort of personality that the Texas Senator had while in school.

As a freshman, I would get into senior parties because I was Ted’s roommate. OUT OF PITY. He was that widely loathed. It’s his superpower.

Second memory: Ted would talk about the women he thought he had a shot with. Pretty sure he remained untouched by a woman those four years.

Ted would leave a greasy film on everything. My friend Erik dubbed the substance “Cruhz,” rhymes with “scuzz.” Now there’s Cruhz on my TV.

The substance of the Tweets from Craig Mazin are not relegated simply to Ted Cruz’s lack of sex appeal on college (although that much is likely apparent judging from this unearthed undated video of the young master debater). In January Mazin outright (jokingly?) addressed smothering his roommate with a pillow:

Getting emails blaming me for not smothering Ted Cruz in his sleep in 1988. What kind of monster do you think I am? A really prescient one?

And yesterday the newest installment of Mazin’s documented journey continued with this admission:

Ted Cruz thinks people don’t have a right to “stimulate their genitals.” I was his college roommate. This would be a new belief of his.