Is Same Sex Marriage Ready For Its Close-Up? Prop 8 Trial To Be Televised 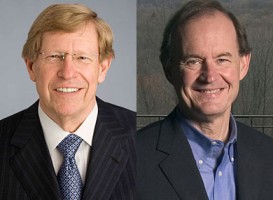 The first major experiment with broadcasting a federal trial has found its case, and it is bound to create controversy (and some great television).  A federal judge in San Francisco said today that the trial over the constitutionality of California’s Proposition 8, that banned same-sex marriages in the state, will be televised starting on Jan. 11. The American Foundation for Equal Rights, which is helping fund the case against Prop 8, announced in a tweet that the judge approved televising the case and having video available on Youtube, pending the okay of an appeals court which approved the experiment. The trial will not be available “live,” something requested by media outlets. Instead, the trial will be recorded by the court and then made available later, according to a spokesperson for the court.

While states have allowed the televising of trials for some time—Court TV created an entire network around the idea—federal courts have not previously allowed the televising of non-criminal trials. But the Ninth Circuit appeals court approved experimenting with broadcasting trials in December and the chief judge who oversees the federal trial courts in northern California thinks the Prop 8 trial is the perfect place to start the TV cameras rolling.

Judge Vaughn R. Walker had been signaling that the Prop 8 trial was ripe for the glare of the television lights since the Ninth Circuit approved the experiment.  He’s set-up a website about the trial, issued guidance to the media, allowed computers and texting, and now said the cameras can carry coverage.

Supporters of Prop 8 have opposed televising the trial from the beginning. Their chief concern—as laid out by Edward Whelan at the National Review, who calls it a “show trial”—is that it violates the spirit of rules set out by the Supreme Court and the federal judiciary.  But more important, critics argue, witnesses and counsel will face harassment and intimidation by same-sex marriage activists.

These are kangaroo-court procedures. As counsel for the Proposition 8 sponsors spell out in their letters opposing televised proceedings, the fair-trial concerns that animate the Judicial Conference’s opposition to televised proceedings apply with special force in this case. Given all the harassmentof Proposition 8 supporters that has already occurred, “it is not surprising,” as counsel’s December 28 letter puts it, that “potential witnesses have already expressed to [counsel] their great distress at the prospect of having their testimony televised” and that “some potential witnesses have indicated that they will not be willing to testify at all if the trial is broadcast or webcast beyond the courthouse.” The likelihood of intensified harassment of counsel is also obvious.

Same-sex marriage supporters want the telegenic odd-couple of David Boies and Ted Olsen, who represent Prop 8 opponents, all over the news for the next month because they believe broadcasting the trial will bring sympathy to their cause.  When the judge announced he was taking comments on the proposal to allow cameras, groups like the Courage Campaign began a petition and letter-writing effort to encourage allowing cameras in the courtroom.