Can I Get a… Song Name? Watch Andrew Yang’s Awkward Response When Asked to Name His Favorite Jay-Z Song 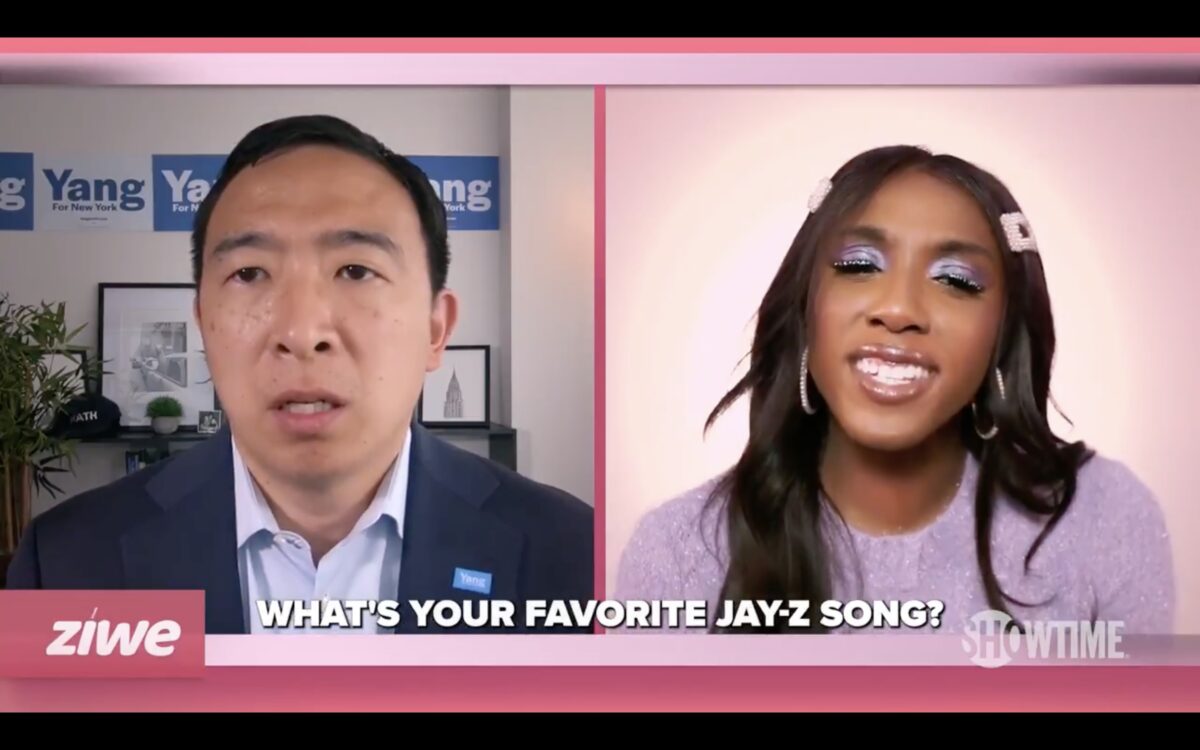 New York mayoral hopeful Andrew Yang had an awkward moment on comedian Ziwe Fumudoh’s eponymous Showtime show Ziwe, when she asked him if he listened to rap music.

“Do you listen to rap music by the way?” Fumudoh asked to open the short 29-second clip.”Like what are you vibing to?”

“What like what, Andrew, I got to know,” Fumudoh interjected.

The interview then took an awkward turn for Yang.

After a brief pause, he threw out some lyrics from “Numb/Encore,” a song Jay-Z did with Linkin Park.

“Your favorite Jay-Z song is a rock song, by the way?” Ziwe asked.

Shawn Carter, better known as Jay-Z, has won 23 Grammy awards (the most ever by a rapper) and scored a record 14 Billboard number-one albums as a solo artist.

Correction: This post initially said Yang drew a blank when asked to name his favorite Jay-Z song. A longer clip of the exchange, posted below, shows Yang answering the question by picking one of Jay-Z’s mashups with Linkin Park, “Numb/Encore,” as well as his collaboration with Kanye West, “Ni**as in Paris.” Mediaite regrets the error.