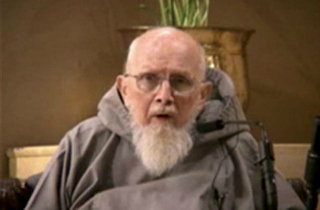 A prominent Catholic friar recently expressed sympathy for some pedophiles, including defrocked priests and convicted pedophile former Penn State assistant football coach Jerry Sandusky, saying that they are occasionally “seduced” by their underage “youngster” victims who seek a father figure.

Father Benedict Groeschel — who is director of the Office for Spiritual Development for the Catholic Archdiocese of New York — told the National Catholic Register that some of the victims of pedophilia are children “looking for a father figure” and could be responsible for the inappropriate relationship with an authority figure like their coach or clergy member.

Groeschel explained that he believes people misunderstand priests who are involved in sex abuse: “People have this picture in their minds of a person planning to — a psychopath. But that’s not the case. Suppose you have a man having a nervous breakdown, and a youngster comes after him. A lot of the cases, the youngster — 14, 16, 18 — is the seducer.”

When asked to elaborate, Father Groeschel said that the victims might often be “a kid looking for a father and didn’t have his own” who isn’t necessarily “planning to get into heavy-duty sex, but almost romantic, embracing, kissing.”

The friar who founded the Franciscan Friars of the Renewal and holds a powerful position in the Catholic Church also told the Register that first-time pedophilic offenders should not go to jail: “I’m inclined to think, on their first offense, they should not go to jail because their intention was not committing a crime.”

Groeschel also expressed sympathy for Jerry Sandusky, the disgraced former Penn State assistant coach who was recently convicted on 45 counts of sexual abuse: “Here’s this poor guy – Sandusky – it went on for years. Interesting: Why didn’t anyone say anything?” he said and then proposed that perhaps the children didn’t see the sexual activity as a crime: “It was a moral failure, scandalous. But they didn’t think of it in terms of legal things.”