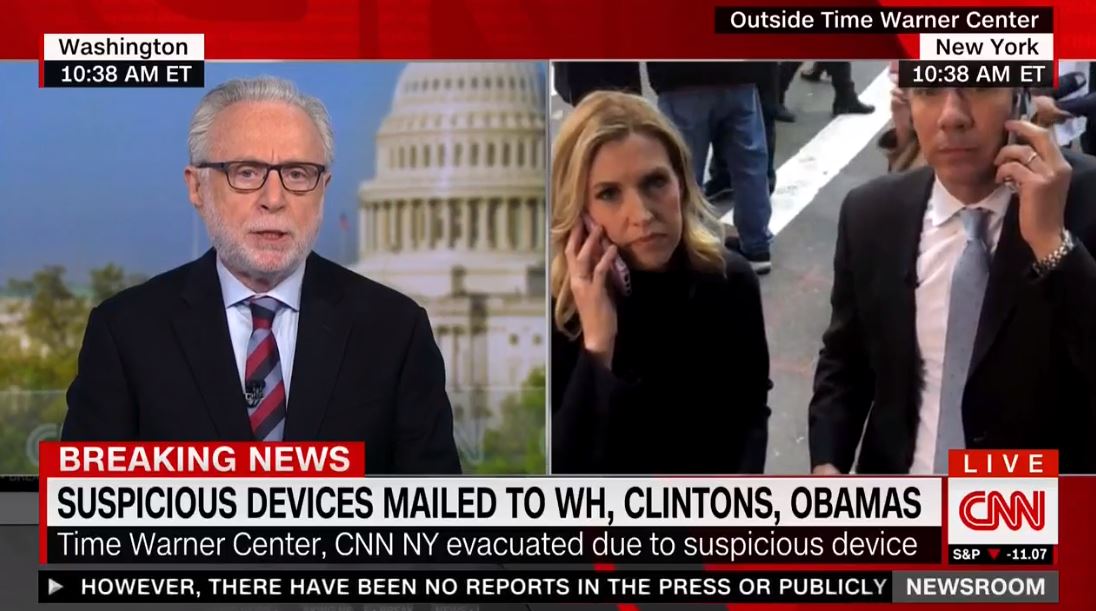 CNN rescinded a report on a suspected third explosive device sent to the White House after the Secret Service called their story “incorrect.”

The report, which was released this morning amid a flurry of coverage on bomb threats against the Obamas, Clintons, and George Soros, alleged that a potential explosive device was sent to the White House but intercepted at Joint Base Bolling in Washington, D.C.

CLARIFICATION: At this time the Secret Service has intercepted TWO suspicious packages – one in NY and one in D.C. Reports of a third intercepted package addressed to the WH are incorrect. We refer media to our statement: https://t.co/lJdTn04KmI

Despite the White House not actually receiving a threat, Press Secretary Sarah Sanders released a statement condemning the bombs:

“We condemn the attempted violent attacks recently made against President Obama, President Clinton, Secretary Clinton, and other public figures. These terrorizing acts are despicable, and anyone responsible will be held accountable to the fullest extent of the law. The United States Secret Service and other law enforcement agencies are investigating and will take all appropriate actions to protect anyone threatened by these cowards.”