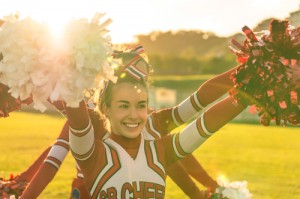 The Confederate flag came down from its designated flagpole on the South Carolina Capitol grounds at 10 a.m. ET on Friday morning. Many other entities, be they private organizations like Disney theme parks or governmental agencies like the National Park Service, have already done the same in the wake of the Charleston church shooting in June.

Yet unlike federal cemeteries, the most recent space invaded by the flag debate is very much alive and well — high school athletics.

According to the Huffington Post,  high school sports teams and athletic programs throughout the nation have been dealing with the image of the Confederacy for years. Sure, the south is a haven for sports teams with names like “The Rebels,” but similar mascots and logos have been used (and recently disused) in New York and Massachusetts, too.

The church shooting in Charleston last month have spurred further, hastier conversations about the use of the Confederate flag and its many associations in high school athletics. Schools in places as varied as Arkansas, Iowa and California have all had to deal with the issue during the past few weeks. Some due to parent complaints, which spurred a community meeting in Alabama. Others via direct action by school administrators, like a Kentucky superintendent who removed related media from a high school website.

But then there’s places like Hurley, Virginia, which as the Huffington Post points out, aren’t really too concerned with removing the local high school’s “Rebels” mascot anytime soon.