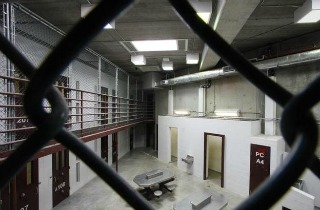 Republicans like to think that the Democratic Party’s political identity was forged in the tumultuous events that shaped the late 1960s and early 1970s. In many ways, that is true — from policy preferences to the presidential primary system, the legacies of that period remain visible. But, to a large degree, the Republican Party’s political identity was also shaped in that period.

In 1967 and 1968, the nation seemed to be coming apart. Unrest plagued America’s campuses, culminating in violence against students who protested against the war in Vietnam and racial segregation in places like Orangeburg, Philadelphia, and Morninside Heights. Prominent political figures were being assassinated with unsettling regularity. Violent, political and racial riots rocked cities like Baltimore, Washington D.C., and Louisville. The seeming uptick in violence and crime struck a chord in the nation, nervous that another American city could be brought to its knees by mass unrest similar to what occurred in Watts in 1965.

Richard Nixon addressed the nation’s concerns by pledging to serve as the “law and order” president. After a tumultuous period in Democratic politics, also resulting in violence outside the Democratic Party’s Chicago nominating convention, former Vice President Hubert Humphrey emerged as the party’s presidential nominee. He quickly went to work positioning himself as the candidate with a smarter approach to curtailing crime and violence in America.

“You’re not going to make this a better America just because you build more jails,” Humphrey insisted during a Democratic primary debate. “If we need more jails we can build them, but that ought not to be the highest objective of the — a Presidency of the United States. I do not believe that repression, alone, builds a better society.”

Since the 1968 race, the Republican Party has stewarded it’s brand as the party of order. This aspect of the GOP’s image was cemented in Ronald Reagan’s administration when the White House redirected the law enforcement community’s focus toward combatting the sale and use of narcotics.

But the times, they are a changin’ for the GOP. As criminologists and sociologists across the political spectrum come to regard the War on Drugs as a failed policy and recognize the racial disparities are an indisputable feature of America’s overcrowded prisons, the time for broad-based criminal justice reform has come. And the political opportunity for both parties is too obvious to be ignored for long. One or the other party will soon rebrand itself as the ideology dedicated to reforming the nation’s criminal code.

But the impetus is stronger at the moment for the GOP than it is for Democrats as both slowly embrace the tenets of criminal justice reform. The Republican Party, suffering among the rising electorate of minority voters, acknowledges the need to appeal to a broader coalition. Moreover, the libertarian impulse to shrink government control over the lives of average Americans makes criminal code reform an easier sell to the party’s grassroots. While base Democratic voters are amenable to criminal justice reform and might be less resistant to the idea that racial disparities plague the justice system than Republican voters, the party’s leaders remain snakebit by the old and effective charge that their party is “soft on crime.”

While there is scant data surrounding how the public views broader criminal code reform, public opinion surveys routinely show that Americans are ready, even eager, to rewrite the nation’s drug laws. A Pew Research Center survey released in early April revealed that a full two-thirds of respondents favor treatment over incarceration for those convicted of illegal drug possession. 75 percent of respondents, including majorities of those who favor and oppose the use of marijuana, think its sale will eventually be legal nationwide. While majorities no longer say drug use is a problem “across the country,” a plurality believe narcotic abuse remains a cause of concern at the local level and, it stands to reason, should be dealt with at the local level.

The opportunity for an increasingly libertarian-leaning GOP is glaringly obvious, but that will not be the case forever.

On Thursday night, highlighting the bipartisan agreement around the issue of criminal justice reform, Mediaite hosted a panel discussion sponsored by the Charles Koch Institute (one of two brothers whom Democratic political consultants have decided will suffice as figures demonic enough to motivate their voters to come out in November) focused on reforming the criminal code.

Figures of widely divergent political views — from representatives of the Texas NAACP, to the National Association of Criminal Justice Lawyers, to the conservative criminal reform group Right on Crime — all revealed disturbing anecdotes of how overcriminalization destroys lives and the unequal treatment African-Americans receive in the criminal justice system.

Texas NAACP President Gary Bledsoe revealed on Thursday that a straight-line projection, often a fallacious tool but one that is nonetheless instructive in this case, suggests that a full 70 percent of the male African-American population in America will have been incarcerated at one point in their life in 30 years. Hispanic Americans, too, are incarcerated at rates disproportionate with that of whites. Virtually every minority family knows someone who has had an encounter with the criminal justice system and has had their future prospects for self-fulfillment curbed as a result of the permanent consequences associated with incarceration.

Other avenues exist for Republicans to make inroads with minority voters, but the most easily adopted and philosophically palatable to GOP base voters would be to embrace a program focused on the broad reform of the criminal justice system. And soon.