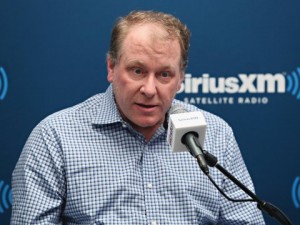 Curt Schilling has refused a challenge to debate ESPN commentator Stephen A. Smith, blasting his former colleague as a “rapist” and averring, “There’s nothing to debate.”

The former baseballer was fired from ESPN after posting an anti-transgender meme on his Facebook page. He subsequently defended his actions and accused his former colleagues of being some of the “biggest racists” in the sports news industry.

Smith, in turn,  challenged Schilling to a debate, according to the New York Daily News, saying: “You want to sit here and have a debate about what really went on? Name the time and place and I’ll show up, with the permission of ESPN — of course. I guess listening to my boss makes me a bad guy. Well guess what? I’d rather be bad than stupid.”

“What am I going to debate about? I have no interest,” Schilling responded, according to NESN. “I’m 49 years old. I have had cancer, I’ve had a heart attack, I’m losing my hair. I’m not going to waste my time with people I don’t respect.”

“I don’t respect him. I think he’s a racist, I think he’s a bigot,” Schilling added, referring to Smith. “There’s nothing to debate, No. 1., and No. 2, there’s not a chance in hell that I would do anything that would bring that station another viewer, ever.”

The comments echo those Schilling made on Twitter earlier this week:

@HaleyRichieIII @stephenasmith over what? Arguing or debating won’t make him less of a racist. Sure we both have far better things to do.