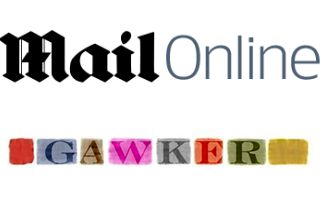 The Daily Mail, a British-based publication, and its online companion site Mail Online have a certain negative reputation amongst the press. Former employee James King wrote a huge exposé published to Gawker back in March making some pretty strong assertions about Mail Online shamelessly ripping off other people’s work without proper attribution.

The difference between the site and other sites that aggregate news stories, he wrote, is that other sites at least attribute properly and attempt to add additional context to stories. Mail Online, he claimed, ignores standard practices of ethical journalism, lifts others’ articles “wholesale,” and makes stuff up.

One example he cites is the time the publication ran a false story about George Clooney and how then-fianceé’s mother had supposedly been very public in disapproving of the marriage on religious grounds. Clooney ripped the Mail for the fake story, and even after they apologized and said they would investigate the matter, he did not accept it and continued to lambaste them as a tabloid that “makes up its facts to the detriment of its readers.”

In his exposé, King claimed that the Mail posts extremely provocative headlines while leaving aside clarifiers like “allegedly” in some cases. And in cases where they were called out for lifting stories, King said they simply took them down without issuing corrections.

Well, today, The Washington Post reported that Mail Online filed a defamation lawsuit against Gawker, claiming their “reputation, goodwill, and business have been damaged.”

The publication’s lawyers insist they care about “proper sourcing and attribution” and even claim that King had to be reminded to properly attribute others’ works.

There have been other reports in the past about the Daily Mail not properly attributing reports, including the time a Motherboard writer tweeted about them posting one of his stories, with his byline, but with very altered text. (His name was later removed and credited in the body of the post.)