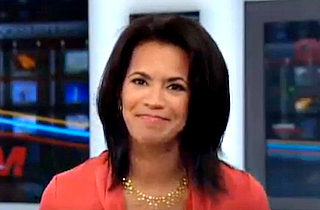 CNN anchor Fredricka Whitfield got in lots of hot water when she talked about the gunman who opened fire at the Dallas police headquarters and referred to his actions as “courageous and brave.”

Whitfield said yesterday she misspoke, but the Dallas Police Association is still outraged over her remarks.

The group put out a lengthy statement today, according to The Dallas Morning News, expressing their displeasure that Whitfield merely said she misspoke and did not apologize.

The Dallas Police Association VP Frederick Frazier said, “While her comments were appalling and offensive to the men and women in police departments across our country, her flippant non-apology served as further insult. We call on CNN to offer a more appropriate apology for the offensive comments made by Ms. Whitfield. We have voiced our concern that the media’s negative narrative about police officers is jeopardizing our safety. The actions of CNN are proof that our concern has merit.”

The Colorado Fraternal Order of Police picked up on Whitfield’s remarks when she made them Saturday and tweeted a lot about it:

A CNN news anchor just said the Dallas shooting suspect was "courageous and brave" Before the week is over he will be their hero &a victim.

Before the week is over he will be both a victim & their hero, & CNN will be demanding a plaque be placed at the spot that he was killed.

CNN's Fredricka Whitfield is the fool who made that comment. You can be certain they will spin their way out of her dumb ass statement.

You can watch Whitfield’s original remarks here, via CNN: