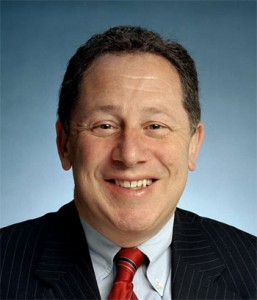 Given that Foreign Policy is known for insightful international-related news and analysis, FP blogger and Council on Foreign Relations member David Rothkopf’s latest post particularly stands out. His premise, that “The Tea-bagger worldview makes Pakistan a much more natural place for them to live than America,” is, admittedly, a funny proposition, but Rothkopf takes the joke too far with generalizations and stereotypes that, judging from the comments, end up offending readers rather than amusing or edifying them.

Based on a series of superficial political and social commonalities between Tea Party ideology and Pakistani society, Rothkopf jokes that the Tea Party should pack up and move to the Middle East.

Here is a country with a large population committed to policies rooted in the values and outlook of centuries ago and a large group of Americans with a similar nostalgia for hangings, gunfights, superstition, racial and religious conflict and witch hunts. So theoretically, despite Pakistan’s historically documented, deeply rooted strain of anti-Americanism, this may well be the one group of Americans with whom they have the most in common and thus, the ones with the best chance of building the bridge we need between our two cultures.

Rothkopf quips that pro-Bush tax policy Tea Party members would enjoy Pakistan’s corrupt tax system and that Sharron Angle (of the now-infamous “second amendment remedies” sound-bite) would be more at home in a country where “there are probably more AK-47s than there are books.” He argues that the Pakistani “are as allergic to foreign influence as America’s extreme right—and both are united in their hatred of Hollywood values and Lady Gaga.” Rothkopf also makes the obligatory Sarah Palin reference when he points out that there are plenty of mountaintops in Pakistan from which she could spot Russia.

Questionable generalizations aside, Rothkopf’s post could, conceivably, be excused as a light-hearted critique (at Pakistan’s expense) of a domestic movement that has clearly gotten under Rothkopf’s skin. But his closing remarks take things too far:

And if we had to learn to live with less of the mean-spirited, misguided shrillness of the bagger rhetoric, I think we could handle it. And if all ended badly for all involved, well, we could probably live with that, too.

Even a cursory glance at the comments on Rothkopf’s post is enough to demonstrate that his joke didn’t go over too well with his readers. One reader called it on par with high school-level blogging while another, a Pakistani citizen, took Rothkopf to task for his characterization of all 190 million Pakistanis.

Regardless if Rothkopf meant for his post to be taken in good fun or to convey an actual malice towards the Tea Party movement (and Pakistan by proxy), one thing is clear. Rothkopf admits this idea came to him via his hospitalized father, who’s drug-induced free association spawned the idea of shipping Tea Party members to Pakistan. While that explains the uniqueness of Rothkopf’s proposal, it’s hard to argue it would have been better if it had stayed a private joke.