Dear Mom and Dad: Thanks for Teaching Me Unix

Dear Mom and Dad: Thanks for Teaching Me Unix 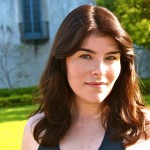 This week, I went to a Women In Tech panel at TechCrunch Disrupt SF, and the arguments got pretty heated. One of the points raised — for what feels like the millionth time — was that young girls aren’t as encouraged to get advanced math/sciences/programming education, which very likely influences the large gender ratio in the tech startup industry.

I’ve had the opposite experience, and it’s certainly due to your support. I’m a woman in tech who has enjoyed every single second of it, often relished in and capitalized on my uniqueness, and has never felt one moment of discrimination. Maybe this has been blind luck. Maybe I’m not as “geeky” as I fervently hope. Maybe I’m being a big iPollyanna in response to a panel that was shockingly embarrassing and devolved into a “catfight.” What I do know is that I could talk on and on about all the seemingly insurmountable problems and frustrations, but I’m more inclined to take a break to appreciate my own experiences.

I remember being about 7 when I first became curious by the amount of time you two spent on the computer. Of course, I was already pretty into the Logo Turtle and gleefully landing my helicopter on the scurrying hostages in the Choplifter game on my Apple 2C. But all this seemed like child’s play to me and I wanted to know more.

So when I asked, what did you do? Well, you taught me Unix.

There was nothing really fancy or formal about it. Just how to create my own directories, change directories, delete files, etc. But that tiny bit of knowledge began a chain reaction that ultimately solidified my feeling of secret superiority.  I can code! I’m like Penny from “Inspector Gadget!” This is The. Coolest. Ever.

Well from there, I became obsessed with sci-fi films – the tech aspects were the most interesting – and was the first person in my grade to start doing my homework on the computer.  Building new PCs with Dad, tackling the BBSs, Prodigy, CompuServe, AOL, and suddenly, I got into my mid-teens with a skill-set leaps and bounds different from the average kid my age at my school.

And when I say average, you know that I’m counting the boys, too. I don’t remember ever even discussing my berth of knowledge with any other kids I knew. The fact that I was secretly every bit as dorky as the stereotype – quoting Star Wars, beta-testing the first version of The Microsoft Network, monitoring 1.0 chat rooms with kids all over the world – was quite the opposite of my outside life starring in school musicals and shopping at Contempo Casuals. I’ve since always wondered if I wouldn’t have been as classically “popular” at school if I had been a boy with my “nerdy” extracurricular interests?

In any event, clearly I was hooked and the journey continued. Learning HTML, joining Geocities, stalking Justin Hall, The Fray, and the early online journalers in San Francisco. Getting a webcam and joining CuSeeMe. Buying my own domain names. And then, all of a sudden, in creating my site and ultimately a community of readers to collaborate with, it felt like more like entertainment than dorking out. More in line with my undergrad college education in screenwriting and performing than plain old coding. It was becoming, dare I say, social.

So, here we are today, and I can’t remember any significant aspect of my education or professional experience that hasn’t benefited from my tech knowledge. “Early adoption” has seen me through a variety of successful career opportunities, and I’ve only ever been praised and appreciated for being so geeky “and a girl, too!” In some ways, this all continues to make me feel superior – buying the new gadgets and apps first, then lauding them to my less-plugged friends still kind of feels like I’m part of a secret club.

But of course, the secret’s out now. More and more women every day are becoming inspired by technology. They’re seeing how it can benefit their lives and many of them are on the forefront of creating the next waves of innovation. Maybe they haven’t had the same invitations and encouragements as guys, so it’s been slower for them to log in. Of course we still have a very long way to go to updating that ratio. But the fact is that the tech industry couldn’t exist today without having been infused by the XX. A good idea is a good idea and at the end of the day, it doesn’t matter a damn where it came from.

So, Parents, I just wanted to say thanks and that I’m having a blast. After that panel, I danced near the stage as MC Hammer rocked out his tunes. At one point, he shouted out at the audience, “Damn! There are a lot of fine-ass women in Silicon Valley!”

Smart, happy ones, too.

Sarah Wulfeck was one of the pioneering “ angsty” webcam-girls of the mid-90s. She has since been a financial reporter for Dow Jones’MarketWatch.com, a red-carpet reporter for CBS and the voice of Cream The Rabbit for the Sonic, The Hedgehog Sega video game series. Recently, she joined Beyond Consultancy as Director of Content and Community. Follow her @skwulf and visit www.bynd.com.