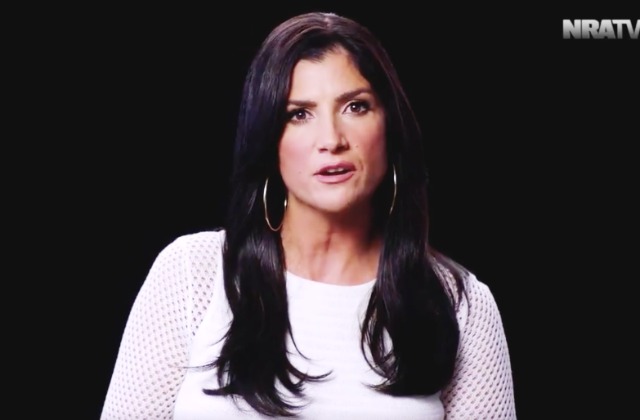 During the summer, conservative talk show host and NRA spokesswoman Dana Loesch has received lots of attention for her passionate videos promoting the pro-2nd Amendment organization.

However, Rep. Kathleen Rice (D-NY) appears to see Loesch and the NRA as a literal threat to the country.

On Thursday night, she she went after Loesch on Twitter over the circumstances that led to the death of Philando Castile.

So if a white guy was shot dead during a routine stop w/ a legal gun & a joint in his car, #NRA would stay silent? You’re the ones lying. https://t.co/K1KkN4SbJs

She then made this bold statement:

“I’m just going to say it. The NRA and Dana Loesch are quickly becoming domestic security threats under President Trump. We can’t ignore that,” she stated.

No they’re not. Shame on you. https://t.co/k0MvumjBSP

Why? Because you disagree with them? Btw, a Bernie Sanders campaign volunteer just attempted to murder your colleagues. Start there instead. https://t.co/SsR5HYlSLR

.@RepKathleenRice, remember that time Suffolk County cops were pressured to give you a pass on you DUI because you were a prosecutor? https://t.co/4TXyZiIlCd

@RepKathleenRice‘s use of Twitter to denounce @DLoesch as a “security threat” is ironic.

If you think 5 million NRA members are domestic security threats, what would you call these folks, @RepKathleenRice? pic.twitter.com/qwX3m7rr8Q

.@RepKathleenRice labeling private citizen @DLoesch a threat to America endangers her and her family. This is dangerously inciteful.

She then went after Rice’s advocacy to protect illegal immigrants from ICE agents.

Do these rights apply to the millions of people you just labeled “domestic security threats,” @RepKathleenRice ? https://t.co/dZyXbk1cdd