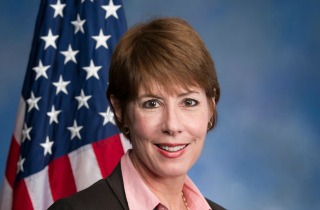 It’s not often that you hear a member of Congress willingly put his or her $174,000 salary in jeopardy for a policy aim. But one freshman House Democrat says if Congress does not authorize funding for the Department of Homeland Security in the next four days, she will donate her congressional pay to a charity.

Graham went on to say she will donate her congressional pay to the Warrior Beach Retreat — a charity dedicated to helping wounded combat veterans — if Congress fails to fund the DHS. She also called on her colleagues to do the same.

“If congress lets obstructionists shut down the Department of Homeland Security, each member should give up their paycheck,” she continued. “There should be an immediate consequence for letting partisan games threaten the security of the American people.”

In January 2013, the House of Representatives passed “No Budget No Pay,” a bill that proposed nixing congressional pay if neither the House nor the Senate approve a budget for the coming fiscal year by April 15. President Barack Obama signed that bill in February 2013.