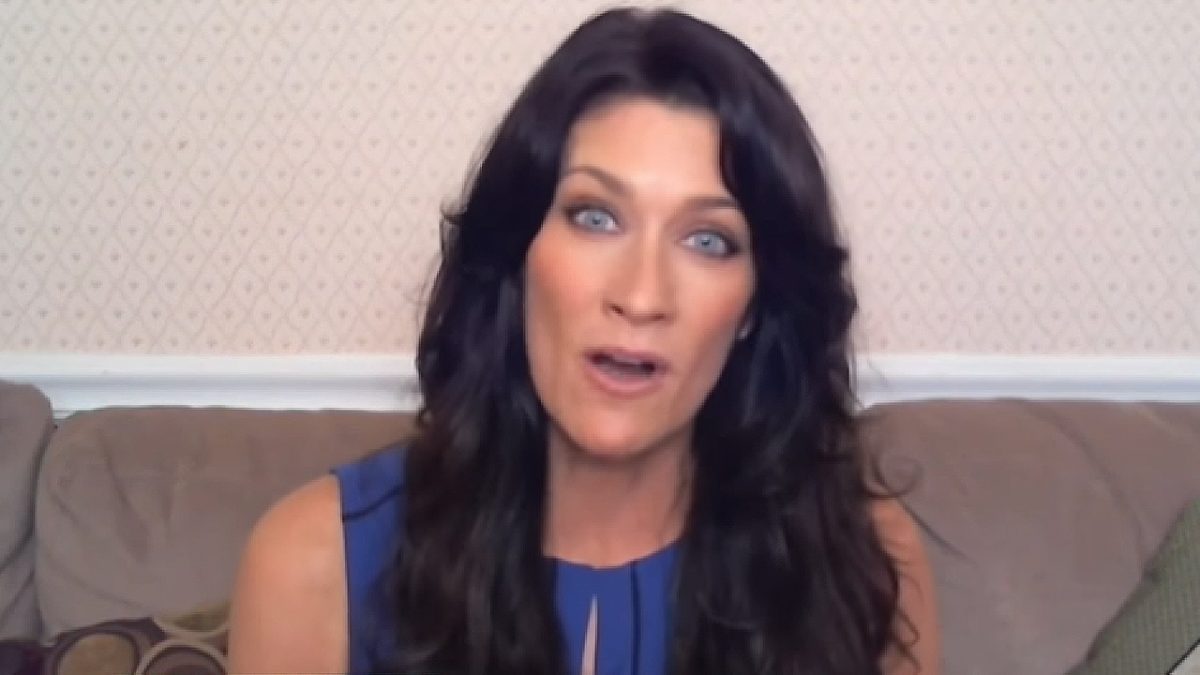 Internet famous “You were at my wedding, Denise” and now-former The Federalist blogger Denise McAllister tweeted her way out of a job Saturday when a Twitter feud quickly escalated into a homophobic screed.

Last week, McAllister launched the “You were at my wedding, Denise” meme by provoking that now-classic clapback from Meghan McCain by trashing the cohosts of The View as “mental midgets.” McCain is married to Ben Domenech, publisher of The Federalist, and Denise was apparently at their wedding.

you were at my wedding Denise….

On Saturday, things started innocently enough with this bit of regressive oversharing:

Trying to talk to my husband while Carolina is playing. He looks at me and says, “Woman, you know better than this. The game is on.” He’s right. I slipped.

Commercial comes on. I fetch him a beer. He grabs me. Deep kisses.

McAllister responded to a few critical tweets without blowing herself up:

Guys, avoid women like this if you want a mate who has a sense of humor and also respects male space. ??? https://t.co/waeX4G6RR3

He said it teasingly not harshly. https://t.co/gA29tK812K

Millennial women are such children.

Most of all, trust your man. Stop thinking of yourself all the time and think of HIM! https://t.co/awxvLC2ID7

Your beta man wants you to suck his dick. I’m sure he accomplished his goal.

But then along came journalist and towel enthusiast Yashar Ali, who pulled the pin:

McAllister wasn’t about to take “Oh Denise” lying down:

A gay man commenting on a heterosexual relationship is just. Sad. Pathetic really.

I stand up for men being free in their masculinity. Respected for their masculinity. I’m attacked by gay men and their female sidekicks. What do you men think about this? We live in a society that wants to rob men of their manhood. Are you going to sit by and take it? Or fight?

I think @yashar has a crush on me. Maybe I’m making him doubt his love of penis. ?

Oh my. I criticized ONE gay dude because he attacked me and my respect for real masculinity. Burn me at the stake. I’m quivering. And laughing at all of you.

That’s when CNN host S.E. Cupp stepped in to try and get McAllister to put down her beer:

God, what a disgusting and lazy ad hominem and homophobic attack. If you can’t defend men without smearing men who also love men, you’re really, really bad at this. https://t.co/lCvmycqf0K

I’m struggling to find your through line, Denise. I’ve had the same stuff aimed at me, of course, for years. That’s never magically turned me into a rageful homophobe. Free will, and all. ? https://t.co/zDMyJiZqH5

Well I don’t have to, Denise. You did it. https://t.co/irjHK5nXbe

Consider this @secupp A gay man criticizes my relationship with my husband in which I honor his masculine space, but no one criticizes the gay guy’s bigotry toward me. I counter his lack of self awareness in the context of his own sexuality yet I’m the bigot. Please explain.

I have defensed masculinity & have been ridiculed for it. Maligned for loving my husband as a man & celebrating my role as a woman. Yet I’m the devil in the eyes of many. I criticize a gay man who dares to mock my relationship. And I’m the devil. You do see how fucked up this is

This appears to be about the point at which McAllister was separated from The Federalist:

They won. Goodbye, my friends.

The minute Ben Shapiro DMed me that I was no longer welcome bc I had criticized a gay man the way I did despite the times I’ve been threatened for standing for conservative principles, the right of women to vote contrary to the feminist herd, and support of masculinity, I quit.

Eventually, Domenech made it official:

In response to your many inquiries, we’ve spoken and Denise McAllister will not be writing for us at The Federalist any more.

At least she’ll have plenty of time for weddings now.