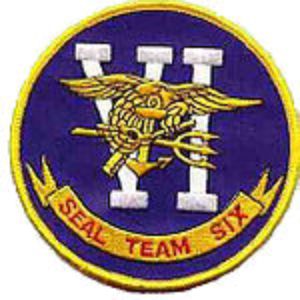 A Virginia Beach-based team of Navy SEALS is credited with finally bringing down Osama bin Laden, the man the United States (and, well, the world) has been trying to capture for years.

“Team Six” – a moniker given to the Naval Special Warfare Development Group (or DevGru, for short) – had been undergoing extensive training to ensure that their raids would unfold flawlessly, even practicing their skills in a replicated one-acre compound built on Camp Alpha. DevGru belongs to the Joint Special Operations Command and reports to the President, their missions and training always highly classified. In fact, according to the National Journal, the general public isn’t told about the specifics of team members’ deaths:

Though the general public knows about the special SEALs and their brothers in Delta Force, most JSOC missions never leak. We only hear about JSOC when something goes bad (a British aid worker is accidentally killed) or when something really big happens (a merchant marine captain is rescued at sea), and even then, the military remains especially sensitive about their existence. Several dozen JSOC operatives have died in Pakistan over the past several years. Their names are released by the Defense Department in the usual manner, but with a cover story — generally, they were killed in training accidents in eastern Afghanistan. That’s the code.

While the JSOC has inspired its fair share of criticism – due in no small part to the tactics they’ve used to procure information, to put it delicately – the weekend’s announcement regarding the capture of one of the world’s most wanted people proves that the group’s work in conjunction with the CIA can yield positive results. Currently, the JSOC is involved in more than 50 operations across several countries, which, all in all, cost the United States $1 billion annually.

The team captured bin Laden in an attack lasted about 40 minutes, during which a total of 22 people were killed or captured.

Intelligence forces were able to catch a break in their search for bin Laden last summer, and the CIA was able to develop a strategy based on intelligence from sources close to bin Laden.
Related: