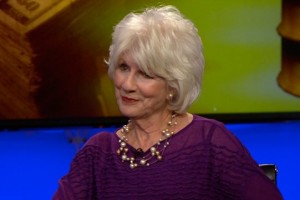 According to the Washington Post, sources close to the 79-year-old’s news discussion program will end her nearly 40-year run as a radio show host sometime next year — probably after the election in November.

The Diane Rehm Show has carried on for the better part of two decades on NPR, though it is produced by WAMU-FM 88.5 in Washington. The program, which attracts 2.5 million listeners every week across 197 different stations, follows contemporary events and newsmakers in American politics and related subjects.

The two-hour program is notable for its structure, as current events are covered in the first hour and the arts in the second. So too is Rehm’s calm demeanor, with which she maintains a distinctly non-partisan position. However, she is most recognizable for her voice, which is affected by a condition known as spasmodic dysphonia.

In June, Rehm made news when she asked Democratic presidential candidate Bernie Sanders whether or not he maintained dual citizenship in Israel and the United States. Sanders took offense to the question, and later said that Rehm had “messed up.” She made up for the journalistic lapse, however, when she openly mocked Sanders’ rival Martin O’Malley for arriving late to an interview.

Neither Rehm nor anyone affiliated with The Diane Rehm Show has commented on the record about the WaPo story.