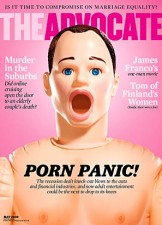 These people are fabulously rich. Larry Flynt has made a large fortune by exploiting young people. His wife died of AIDS. He watched her wither and die. Shame on him. Why should we care whether their profits go down? Why would we put that on a higher level than the health of these young people?

The explosive quote also proved to be a bit risky for the publisher. Understandably, Advocate.com might not want to publish a potentially libelous statement. But the piece also loses its penetrating edge without these sorts of quotes. Enter, confusion: was Advocate.com trying to play it safe or was there another reason the piece was so heavily edited and ultimately taken down?

Siegel tells Mediaite that when von Metzke published the piece, he asked Siegel what he thought of the edits. Siegel responded that they were “a little dry,” to which, Siegel says, von Metzke did not respond happily. Von Metzke explained that the quotes he took out were too risky and could pose legal questions. No one, however, explained to Siegel why his article was taken down on August 20th. 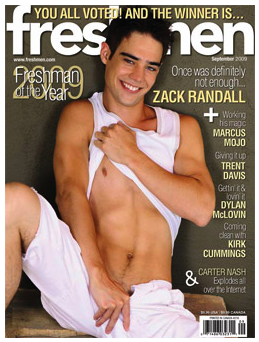 So did Advocate.com pull Siegel’s story to prevent damage to an industry its parent company has deep interests in? When reached for comment Advocate.com has not yet replied.  Siegel says, “I don’t know why they took it down. I thought they might not hire me again, but I never thought they’d take it down.”

To view the unedited version of “Business Before Pleasure,” click here.