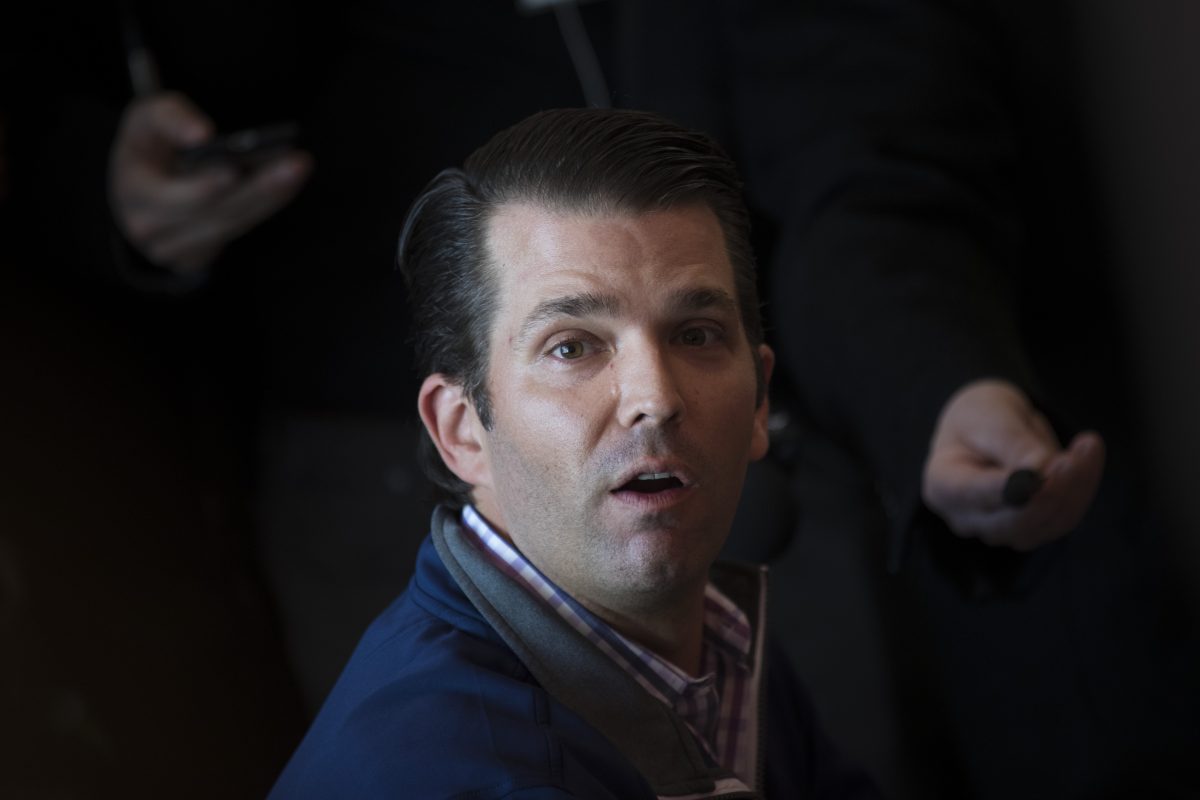 First-son Donald Trump Jr. denied retweeting racist tweets posted by Roseanne Barr, even though he did retweet a post from the pro-Trump actor promoting an anti-Semitic conspiracy against liberal billionaire activist George Soros.

The tweet Donald Jr. shared included Roseanne, who was fired from ABC for her racist tweetstorm this morning, falsely claiming Soros — a Jew — is a Nazi “who turned in his fellow Jews.” This conspiracy theory has been pushed by alt-right activists and other anti-semites in their attacks against Soros, who they also claim is a leader in the supposed vast Jewish conspiracy to control the media and global politics.

Barr tweeted the conspiracy this morning after falsely tying Chelsea ​Clinton to Soros, who the actor falsely claimed was related to the billionaire. After Clinton smacked down the claim, Barr shot back ​the antisemitic “apology”:

“Sorry to have tweeted incorrect info about you!I Please forgive me! By the way, George Soros is a nazi who turned in his fellow Jews 2 be murdered in German concentration camps & stole their wealth-were you aware of that? But, we all make mistakes, right Chelsea?”

Sorry to have tweeted incorrect info about you!I Please forgive me! By the way, George Soros is a nazi who turned in his fellow Jews 2 be murdered in German concentration camps & stole their wealth-were you aware of that? But, we all make mistakes, right Chelsea?

Despite retweeting the above post, Donald Jr. denied sharing “anything that was anti-semitic” in response to a Page Six story on his involvement in the Barr controversy.

Page Six is doing what they normally do, lying and obfuscating. They know full well that I did not RT anything that was anti-semitic, but I guess facts don’t matter when you’re a dishonest, clickbait rag. #FAKENEWS https://t.co/7vdQKNTasd 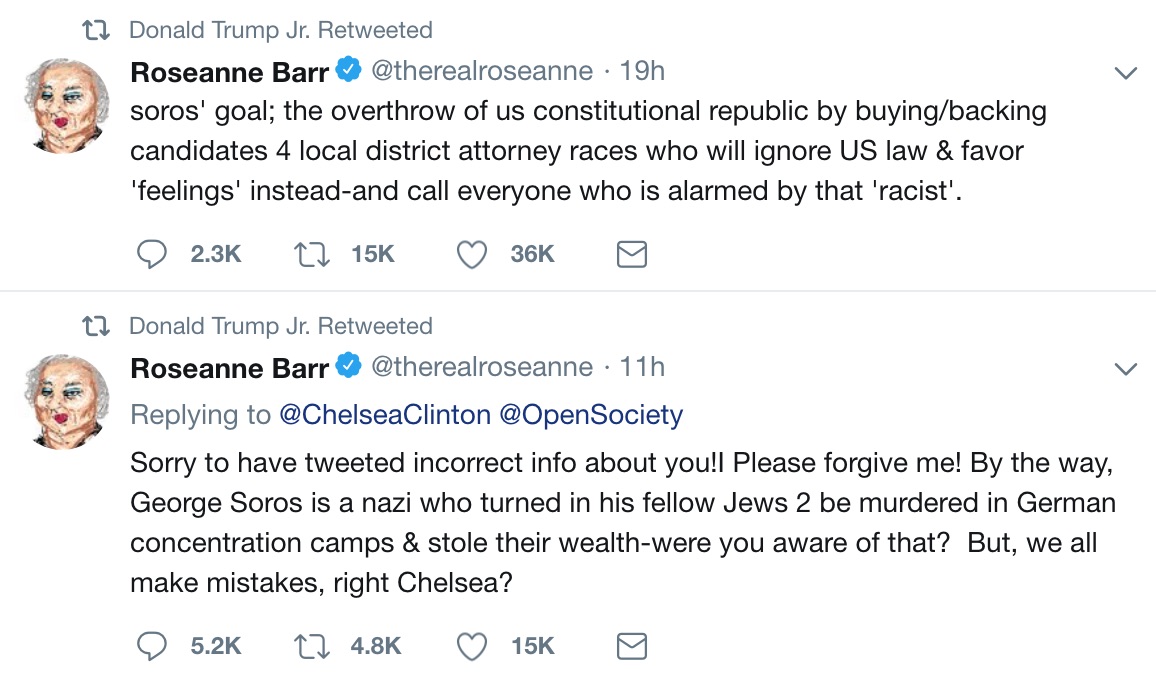 As for Soros, the activist responded to Barr’s claims via his flack by denying any involvement with Nazi Germany.

“He did not collaborate with the Nazis. He did not help round people up. He did not confiscate anybody’s property. Such false allegations are insulting to the victims of the Holocaust, to all Jewish people, and to anyone who honors the truth,” said Soros’ spokesperson. “They are an affront to Mr. Soros and his family, who against the odds managed to survive one of the darkest moments in our history.”

The now-former Roseanne star had her hit ABC comeback derailed for her tweets today, which also included comparing Barack Obama advisor Valerie Jarrett, who is a person of color, to an ape in a since deleted tweet.