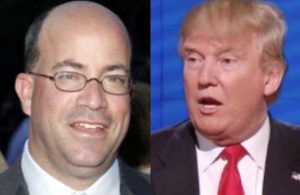 We are not even one month out from the election which shocked the world while probably changing America (if not the world itself) forever, and already the major players are in overdrive trying to dramatically revise the history of what really happened.

Last night, while doing a huge rally for his fans in Cincinnati (I am really beginning to think there is a good chance Donald Trump may beat Hillary Clinton in Ohio!) Trump bragged, numerous times, that he won the election in a “landslide.” I have written before about the absurdity of this boast, but since the president-elect of the United States of America keeps lying about this, and very few seem to want to correct him, it bears repeating.

As most people with a clue already know, Trump won the Electoral College only because he barely eeked out victories in three states–Wisconsin, Michigan, and Pennsylvania—by historically small margins. Had he lost these three states (that would have theoretically only taken less than 100,000 extra Hillary voters to show up) he would have lost. It is important to point out that no rational analysis of the pre-election polling gave him a significant chance to win any of them.

Trump also lost the popular vote by a far greater margin than anyone who has ever been elected president. He got barely over 46% of the vote (a number, interestingly, that is almost exactly what he got in the GOP primaries), which is a lower portion than Mitt Romney got against a FAR tougher opponent in 2012.

Yes, Trump won. He is the president-elect. However, his margin of victory was in some ways as unimpressive as George Bush’s was in the hotly contested 2000 election. He did NOT win “easily,” or remotely by a “landslide,” even in terms of the Electoral College. He should stop lying about this and the news media should be calling him out on it every time he does because this topic has real significance both historically and politically (even in a “post-truth” world).

Not coincidentally, in the very same breath where he was lying about the election results, Trump was also taking shots at the “very dishonest” news media for their coverage of him. Similar to his “landslide” lie, this is a distortion of what really happened in this election (I have come to believe that Trump is an expert on how incompetent the news media is because he can’t believe how much they have let him get away with over the years).

Yes, there is no doubt that there was more “negative” coverage of Trump than of Hillary Clinton in the general election. However, the idea that there should be “equal” amounts of “negative” coverage (as opposed to coverage based on what the facts dictate) is one of the great fallacies of this campaign. As I have alluded to before, effectively Trump was O.J. Simpson and the news media treated him like a domestic abuser instead of a double murderer. Yes, they were “negative,” but, in reality, they let him off easy.

However, even that doesn’t even begin to describe the treatment Trump got in the primary campaign. This was the subject of an extremely heated conference yesterday featuring CNN head (and Trump friend) Jeff Zucker.

Zucker was rightly booed and heckled as he tried to lamely explain to a normally dignified group of political types why it is that Trump got FAR more coverage, of every possible variety, on CNN than any of the other GOP contenders. Zucker’s story seems to be that, while maybe just maybe they should have not aired so many Trump rallies live and unedited, in general they were fair to everyone because Trump agreed to be interviewed more than the others did.

This, as one former campaign operative muttered during the event, is pure “Bullshit.”

The idea that CNN’s primary coverage would have been remotely balanced if only the other candidates had agreed to be interviewed at all times is overtly laughable. Zucker is apparently pretending that several things were not really the case.

First, the only candidate I saw have their speeches carried live during the normal course of campaign was Trump. This is FAR more valuable than any other form of coverage because it allows the candidate unfiltered access to the audience in a way which is also “presidential.” Ironically, the only exception to this rule was when, for about two days, Marco Rubio finally decided to go all “Don Rickles” on…Trump.

Second, the idea that other candidates, even if they had accepted every invitation on CNN’s non-primetime shows, would have even come remotely close to Trump’s level of coverage is simply a fantasy. It has been well documented that Trump got over $2 billion in free air time in the primaries, and much of that was on CNN. No one else came even remotely close.

Third, even the “they wouldn’t come on with us as much” theory is full of holes because it conveniently ignores the reality of cable news booking. That is, unless you are huge celebrity/ratings magnet (like Trump) then as soon as you get scheduled for your one five-minute hit that you are then usually off the “list” for at least the rest of the week. Trump never had to make any strategic decisions about when to make an appearance because he, like the prettiest girl at the ball, had an open invitation to dance whenever, and for however long, he felt like it.

It must also be pointed out that the endless coverage Trump got from the cable news networks was far more important to him than to any of the other major candidates. Trump was rightly considered to not even be credible at first and there is no doubt that the public seeing him be treated universally as a legitimate and major candidate by the major media took on an aspect of a self-fulfilling prophecy. Had Trump been ignored or instantly destroyed (the vast majority of the primary coverage ignored the many very un-conservative skeletons of his past) as he should have been, it is obvious that his rocket ship never gets proper lift off, and the nation is saved this potential nightmare.

Of course, what Zucker is afraid to say, or maybe even admit to himself is this: CNN gave Trump all the airtime he wanted because it was easy ratings gold during a slow news period, never thinking that this obvious journalistic malpractice would ever cause any “real” harm, because they never thought he would win the nomination and, if he did, he would never win the general, and it would all work out well for their agenda in the long run.

Even though they were very wrong in this analysis, it turned out quite well for their ratings agenda, which in today’s news media, is all that really matters. It is bad enough that this is now the obvious and universal reality, but can’t we at least admit it, and not theatrically revise history so soon after it is has happened?