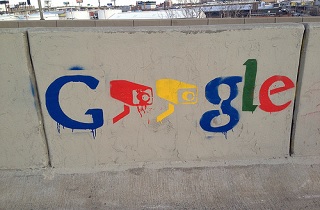 On Thursday, PRISM panic gripped the nation when various media outlets (Mediaite included, but we used the ol’ question mark headline, or “hook hed”) picked up the story of a music journalist and her husband who claimed that searching the terms “pressure cooker” and “backpacks” earned them a visit from a joint terrorism task force. The story quickly Snowden-balled to include a variety of federal goon squads and NSA programs, but it turns out the couple were visited by Suffolk County cops based on a tip from a former employer, not an omnipotent NSA dragnet.

Hyperactive overselling and misinformation have characterized much of the coverage surrounding government surveillance lately, and Thursday’s freakout was no different. Freelance journalist Michele Catalano recounted the tale of six joint terrorism task force officers who paid a visit to her house, conducted a cursory voluntary search, and questioned her husband about Google searches for backpacks and pressure cookers. Catalano surmised that her son’s interest in news about the Boston Bombing, combined with her own search for a pressure cooker, and her husband’s browsing for a new backpack, had “set off an alarm of sorts at the joint terrorism task force headquarters. That’s how I imagine it played out, anyhow. Lots of bells and whistles and a crowd of task force workers huddled around a computer screen looking at our Google history.”

Catalano wasn’t the only one with an imagination, though. Bob Cesca details how the story got embellished yesterday:

Andrew Sullivan wrote that the “FBI and Homeland Security” visited Catalano. Raw Storyand The Guardian posted articles about the incident. Popular liberal blogger Digby speculated about the FBI’s involvement, as well as the “Insider Threat” program. Business Insiderposted about it, Alan Colmes posted about it and Yahoo! News re-posted Bump’s article with this attention-grabbing but inaccurate headline: Google Pressure Cookers and Backpacks, Get a Visit from the Feds. Gizmodo posted the headline: Yes, The FBI Is Tracking American Google Searches.

Cesca also details some hysterical tweets from the likes of Salon‘s David Sirota, who asked “Is this how the NSA is deploying its internet surveillance? This story is crazy.”

Yes, it was. As it turns out, the “feds” who visited the Catalano residence were Suffolk County cops from the Joint Terrorism Task Force, and they were acting on a tip from a former employer, and not some vast surveillance filter-feeder:

The Suffolk County Police Department has just released the following information related to the case:

Suffolk County Criminal Intelligence Detectives received a tip from a Bay Shore based computer company regarding suspicious computer searches conducted by a recently released employee.  The former employee’s computer searches took place on this employee’s workplace computer.   On that computer, the employee searched the terms “pressure cooker bombs” and “backpacks.”

Yes, but isn’t that just what you’d expect them to say?

Catalano, for her part, wants everyone to know that she reported her experience in good faith:

We found out through the Suffolk Police Department that the searches involved also things my husband looked up at his old job. We were not made aware of this at the time of questioning and were led to believe it was solely from searches from within our house.

I did not lie or make it up. I wrote the piece with the information that was given. What was withheld from us obviously could not be a part of a story I wrote based on what happened yesterday.

The piece I wrote was the story as we knew it with the information we were told. None of it was fabricated. If you know me, you know I would never do that.

If it was misleading, just know that my intention was the truth. And that was what I knew as the truth until about ten minutes ago. That there were other circumstances involved was something we all were unaware of.

Catalano’s actions, given what she knew, were understandable, but journalists a step or two removed from having cops swarm their property probably could have applied some common-sense skepticism to go with the sensational speculation. I’m not saying the government can’t look at what you’re Googling, but please try to imagine how many people there are searching two or three “questionable”  things at any given instant, and wonder why they would do that. If your first reaction to yesterday’s story was to wonder why you hadn’t been jacked up by feds over the much dodgier things you’ve been searching, then you were on the right track.

In fact, why are they even doing what they’re actually doing? In her original blog post, Catalano says one of the officers told her they do this about 100 times a week, which means the Joint Terrorism Task Force spends an inordinate amount of time chasing down super-thin tips from busybodies, and I think they’d be hard-pressed to substantiate even the 1% success rate they boasted to Catalano.

We’ll see how effectively this story gets cleaned up, but it surely won’t be the last such false alarm. With surveillance fever spreading wider every day, my next Google search will be “stock price Reynolds Wrap.”