Egypt and SMS (or, The Power of Dumbphones) 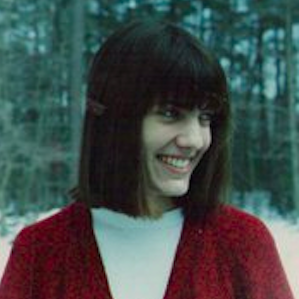 In the weeks since January 25th, anti-government protests touched off a movement across Egypt and toppled a dictator – much like events in neighboring Tunisia before that. And, in those weeks, the degree to which social media played a role has been hotly debated.  The concept of a so-called “Twitter revolution” first surfaced during similar protests in Iran in 2009, though the results there were tragically, diametrically different.  Social networks are, inarguably, valuable tools for organizing meet-ups and quickly disseminating information — but, when the history of the winter of 2011 is written, will Twitter and Facebook actually be credited with the banishing of despots?

No. To do so would be to oversimplify a nation’s response to conditions created by generations of authoritarian governance. There were going to be revolutions, whether or not they were televised.  Or tweeted.  Or Facebooked.  Frustrations with unemployment, food shortages, and institutional corruption would ensure that – in the form of vibrant communities of bloggers and activists and disaffected youth.

But, social networks allowed these same populations, as well as foreign journalists, to get information out in real time, even when conditions on the ground made traditional forms of reporting too risky.  Strength in numbers surely gave Tunisians and Egyptians the courage to spill out into the streets, despite the possibility of governmental retribution, but – perhaps – the case can be made, too, that they were buoyed up by the knowledge that the world was watching.  As the late U.S. Supreme Court Justice Louis Brandeis famously said, “Sunlight is the best disinfectant.”

Not everyone subscribes to the idea that Twitter and Facebook were expediters of change, of course.  There are those who feel that social media was more the bailiwick of the tech savvy – activists and journalists and bloggers – who had both access, as well as knowledge of how to circumvent government-imposed restrictions.  In other words, the “common man” was not plugging into the net for inspiration, motivation, or organization.  So, then, are we to assume that word of mouth sufficed?  I would disagree.  In a January 31st discussion on CNBC, writer and filmmaker Parvez Sharma said this about Egypt, based on communications with friends of his who live there:

“The majority of the population do not have access to smartphones – Droids, or iPhones…When you’re facing bullets – millions of you – standing in Tahrir Square, the last thing you can do is tweet.”

That first sentence is the part of the argument on which I’d like to focus.  Maybe most Cairenes don’t carry the latest smartphones. I’ll defer to Mr. Sharma on that point.  But, how does he explain the images coming out of Tahrir Square, of protesters removing the panels from lampposts and tapping into the electricity, so that they might charge their cell phones on power strips?  Maybe there weren’t a lot of smartphones in those images – no plethora of BlackBerrys, iPhones, or Androids.  Maybe most were simply feature phones – old-school cells, as I like to call them.

Truth be told, though, they all looked more up-to-date than my own.  For, not only do I not own a smartphone, I don’t even own anything as “fancy” as an outdated Motorola RAZR.  Mine is the phone that prompted my co-worker’s son to utter, “Why are you bringing your house phone?” when I plunked it on top of the dashboard of his truck. Let’s just say that my cell phone is the dot matrix printer to your laser jet.  Feature-less.  And, yet, I can communicate with Twitter and Facebook, when I am away from a computer.  Imagine!  You don’t need an app for that!

Because, of course, both networks are set up for Short Message Service (SMS).  We tend to forget that most of the world’s cell phone users use SMS, instead of apps.  It’s so elementary – all you need is a cell phone with texting capability and a short code, and you can send and receive messages via Twitter and Facebook.  In a January 10th interview with Charlie Rose, Twitter founder Jack Dorsey said the following about short code:

Think of how that opens up access to information for people around the world.  All you need is a cell phone and a signal, and you can participate in two of the largest social communities in existence.  Away from the web.  In the absence of an advanced technology mobile device.  Despite what Mr. Sharma may assert.

In a February 11th interview on “The Last Word with Lawrence O’Donnell,” NBC News Chief Foreign Correspondent, Richard Engel, had this to say, when asked how information was passed amongst protesters in Tahrir Square:

“People were communicating mostly by cell phone.  That was the overwhelming source of communications and information distribution…In Tahrir Square, they set up a little bit of a media center, where people could come in, exchange information, and use their cell phones to get out the latest information.  When they thought that the cell phones weren’t safe, or that the cell phone messages weren’t safe, they would switch to Twitter.  Then, when the Twitter messages they thought were being compromised, they would switch to Facebook.  So, there was a very sophisticated use of information, but I would say those would be the three – cell phones the biggest, Twitter and Facebook the other two.  And then, of course, when the government shut it down, people just started talking to each other.”

Ultimately, of course, it will be the Egyptians themselves who shape how their history is written.  In the days and weeks ahead, we will learn – through the voices of Cairo and Alexandria and Suez – the individual stories that became a revolution. But while that history was in the making, it was being written across multiple platforms – including Facebook, Twitter… and SMS. So a little respect for the dumphones, if you please. In Egypt, they more than did their part.

Laurel Potyen is a stalwart member of that dying breed, avid nightly news watchers. She’s a broadcast and cable news junkie, late-night and reality TV devotee, and, expert texter. By day she is the Visitor Services Coordinator for a living history museum in Southern Maryland. Follow her on Twitter: @lnp_38.