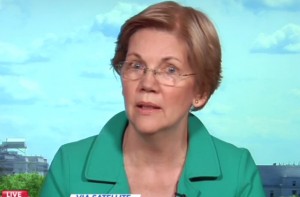 In a speech delivered at the Netroots Nation conference on Saturday, Massachusetts Sen. Elizabeth Warren suggested that the key to reinvigorating the Democratic party was listening to progressives and the left wing. The sentiment was the opposite of what others in her party, who have suggested reproductive rights and universal health care policy can be compromised on, have previously suggested would best move the party forward.

Additionally, Warren took a hard stand against centrist policies that have previously defined the party, particularly under President Bill Clinton. “The Democratic Party isn’t going back to the days of welfare reform and the crime bill,” Warren said. “It is not going to happen.” Welfare reform was known to worsen poverty levels, particularly in rural areas, and Clinton’s crime bill heavily contributed to racially charged policing and mass incarceration.

The issue around Democrats financially supporting and rallying behind candidates who don’t support women’s human rights isn’t one of ideological purity, but one of listening to women’s needs and protecting their access to crucial health care. The way forward for the Democratic party can’t just be taking a progressive stance on economic policies; it must also be taking a progressive stance on human rights, and not bargaining those away.

But one thing is for sure — Warren is right about something that many of the leaders of her party are wrong about. Straying away from progressive values is only going to hurt the party, which is struggling to get low-income people, minorities, and others on the left who need candidates who will fight for universal health care, tuition-free public education, and serious crime reform.

The party strategy shouldn’t necessarily be to steal Republican voters, but listen to the left-leaning voters who aren’t voting Democrat, and change their minds.