Everything’s Going to Be Alright 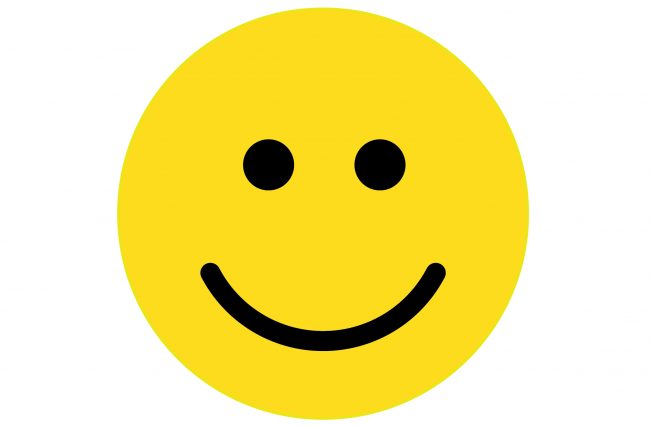 As this election draws to a close, I’ve been reading a lot takes on the Donald Trump phenomenon and what exactly caused it. I noticed that two conservatives I respect ultimately came to the same conclusion about what aspect of conservatism is to blame, even though they occupy different circles and come from different ideological worlds.

The conservatives’ sin, and I’m part of this, and a lot of us in the conservative movement are part of this by acting as though every hill that was worthy of fighting on was also worthy of dying on, meaning it wasn’t just that everything is bad, it’s that everything is at the ultimate crisis point, and if we don’t stop it right now, the world ends. That leads to this kind of panic, OK, who’s the guy who is the most famous, has the biggest name recognition, is the angriest, will fight the hardest. That was a mistake. It’s possible to be urgent without being alarmist, and I think that we have to be careful about that in the future.

The sort of apocalyptic language that presents every presidential election as an Armageddon from whence one cannot recover is the sort of theological liberalism that makes no sense in a religion in which Augustine wrote the City of God in the context of a collapsing Rome. Even at the level of pragmatic politics, such appeals leave a constituency cynical and burned over… Why? Because they are exhausted by the hyperventilating of some Evangelicals of the last generation over blood moons and red heifers. That is much more the case with endless appeals to act now or lose everything that prove not to be true in a world that is fallen and depraved, but also made resilient by common grace and the grain of Creation itself.

On one hand you have a Millennial Jew chatting on a podcast and on the other a tweed-sporting Evangelical intellectual pontificating in sermon. But both have hit upon the same problem, and I think they’re both right.

Americans– and those of us on the right especially– have lost the ability to speak about issues of moral and political importance without reverting to hyperbole and hysterics. And when the world will end if Hillary Clinton is elected, why not vote for the guy who a) most loudly proclaims that to be the case and b) attacks her and and her allies with the greatest vitriol?

So the answer to how we as a nation avoid ever ending up with a Trumpian election cycle ever again? Simple: everyone take a chill pill.

Eventually every political crisis that is supposedly the Worst Thing Ever appears quaint in retrospect. We chuckle today at how Americans fanatically battled each other over a national bank or the looming Spanish threat or the “cross of gold,” and how they saw saw the lottery or Irish immigrants as the harbingers of societal destruction. But then, with complete sincerity, we go to war over the pettiest things, convinced that this will be end of the great American experiment.

Not only is every issue now The Most Important Issue Ever, every politician is The Worst One Ever. Before Donald Trump was a maniac who could not be trusted with the nuclear codes and Hillary Clinton was a clueless geezer who would be manipulated by her puppet masters, so was Ronald Reagan. Before Trump was an amoral rapist and Hillary was a secret socialist atheist, so were Bill Clinton and Barack Obama.

The Republic has stood for two hundred years. In that span, it’s been governed by lechers, by incompetent boobs, by crooks, by backwards hicks, by idiots, by racists, by warmongers, and by all manner of unworthies. And yet, it has stood.

The Republic has seen terror from the skies, invasion from overseas, diseases that wiped out millions, massive social upheaval, assassinations of our leaders, the threat of nuclear annihilation, massive influx of uneducated immigrants, depressions that lasted generations, a war that tore the entire nation in two, and the Star Wars prequels. And yet, it has stood.

Columbia’s fortunes wax and her fortunes wane. Perhaps the next four years will be as bad as the winner’s detractors predict. But in that case, they will almost certainly win the White House the next time around with a clear mandate to clean up the mess. That’s how the system works.

One day, the Republic will not stand. One day, like all great states, it will be torn asunder or see its government collapse under its own weight or its military shattered. Who knows, perhaps it will happen within our lifetimes; I personally doubt that. But it sure as hell isn’t happening because Hillary won’t say “radical Islamic terror” or because Trump sent a bad tweet.

And when the death of America comes, life will go on. A new order will form, humanity will keep moving. America will be mourned by its descendants and loathed by its victorious foes, but the cycle will continue again with a new superpower in our place. What’s important is not that America survives, but the ideals and morals and freedoms it exemplifies continues to thrive.

Or perhaps humanity will not survive the next four years and we all go out in a fiery holocaust that will leave billions dead and the Earth a lifeless shell. I recently had the misfortune of watching an episode of Keeping Up With the Kardashians, and you’d be hard-pressed to convince me that we don’t deserve that fate.

Happy Election Day, everyone, and remember that in the longterm, everything will probably be okay. Relax while you can, because the 2020 election cycle starts Wednesday. And trust me, it will be the Most. Important. Election. EVER.