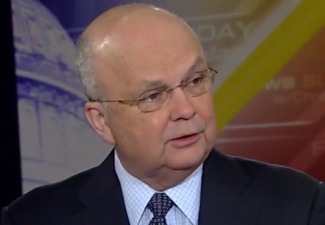 On Fox News Sunday this week, ex-CIA Director Michael Hayden reacted to a critical report on the CIA’s interrogation programs by calling into questions the motivations of one of the senators calling for it being made public. Senator Dianne Feinstein, the chair of the Senate Intelligence Committee, has been very vocal about the report, and Hayden brought up a sentence in a Washington Post column that reads “Feinstein (D-Calif.) wanted a report so tough that it would ‘ensure that an un-American, brutal program of detention and interrogation will never again be considered or permitted,’ as she put it.”

To Hayden, “That sentence, that motivation for the report… may show deep emotional feeling on the part of the senator, but I don’t think it leads you to an objective report.”

Senate Democrats quickly came out of the woodwork to condemn Hayden for the remark. Harry Reid said the comments are just another example of “Republicans’ disregard for women.” Feinstein made a brief remark addressing it as well.

Asked about Hayden’s remarks on Monday, Feinstein said: “I have one word: it’s nonsense. I have no doubt that there are very powerful people who don’t want this report out.” She declined to characterize his remarks as sexist.

Democrat Mark Udall, however, did go that far in his response to Hayden’s remarks, calling it a “baseless smear” and saying, “I highly doubt he would call a male chairman too ’emotional.'”