FBI on Orlando Shooter in 2013: ‘We Do NOT Believe He Is a Terrorist’ 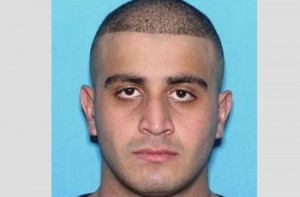 Three years before he would murder fifty people in an Orlando night club while pledging allegiance to ISIS, the FBI assured law enforcement officials that they did not believe Omar Mateem was a terrorist.

That revelation comes from a Freedom of Information Act request filed by government watchdog Judicial Watch. In 2013, Mateem made “inflammatory comments” to a coworker while working as a security guard at a local courthouse with the security firm G4S. Mateem was investigated by the FBI, who then assured local sheriffs that they had nothing to worry about.

In one email memo, St. Lucie County Sheriff’s Department Major Michael Graves told his coworkers about a conversation he had with FBI investigator Rand Glass. Glass told Graves that the FBI believed that Mateem was only playing up his terrorism connections to brag in front of colleagues, “a form of tit for tat– who is the biggest and the baddest rhetoric,” he explained.

“Rand told me ‘We do NOT believe he is a terrorist,'” Graves told his colleagues. “Yesterday, the FBI spoke with him in person and reportedly Mateem became very upset that someone contacted the FBI. Regarding this demeanor Rand said, ‘I don’t believe he will go postal or anything like that.'”

“It has been expressed to me that Mateem is otherwise a good worker,” Graves continued. “So, I do not plan to have him reassigned. However, if he continues with the stupid terrorist talk even just once in the future, maintains an angry unacceptable attitude as a result of the FBI inquiry, his work performance or ability to get along with coworkers and or the public we serve suffers, we will not hesitate to ask G4S to promptly replace him.”

One sheriff, Pat Tighe, dissented from the decision. “I respectfully disagree…” he wrote. “Sufficient reasonable belief has been established that there is a probability for security to be compromised at his current location.” In the end, Mateem was indeed stripped of his credentials to work at the courthouse.