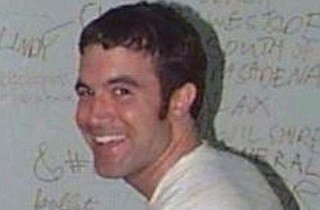 Now that Facebook, Twitter, and Instagram have become social media behemoths, have you been wondering whatever became of the guy who founded MySpace, Tom Anderson, also known as MySpace Tom? That smiling fellow in the white t-shirt who was everyone’s very first “friend?” Well, MySpace might have died, but all that MySpace money sure didn’t.

Anderson has re-emerged on Instagram and Twitter — under the user “myspacetom” — posting photos of all the fancy vacation spots he’s been visiting. He’s taken to professional photography and has learned how to turn normal, boring beautiful location photos into gorgeous works of art. In other words, he really wants to share that while you can make fun of his failed social media venture (which really got things going, if we’re being fair and keeping score), you can’t really laugh at money.

But he can laugh at you, because look at all this stuff he gets to look at in person and brag about!

Just looking back to where I was a year ago today, where did I choose to be when my ankle was not broken? This place :-) My recovery is on the horizon, I can take a few steps now. I've been in physical therapy for 3 weeks now and can walk without crutches.

Or this place, which doesn’t even look real.

Cinque Terre, Italy, one of my favorite spots to pretend cel phones and the Internet do not exist… Only one 10 stop ND was lost in the creation of this image. Maybe it's still down below in the rocks somewhere? Hopefully a photographer finds it! :-)

Or this awesome double rainbow. Did you see a double rainbow today? Because MySpace Tom did. Maybe not today, but he did see this one when it happened and you probably didn’t.

I am behind on processing photos! In other news, I think Japanese sushi is good for my skin :-)

So, don’t feel bad for your friend and mine MySpace Tom. He’s doing just swell.