For His Next Role, Sir Patrick Stewart Will be Playing Poop

For His Next Role, Sir Patrick Stewart Will be Playing Poop 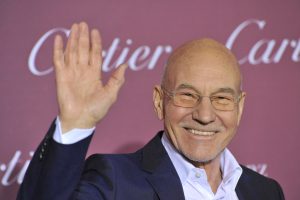 So, this is a thing that’s happening. Sir Patrick Stewart is going to be voicing the poop emoji in Sony Pictures Animation’s movie, according to The Hollywood Reporter. He joins T.J. Miller, Ilana Glazer, Maya Rudolph, James Corden, Steven Wright, Rob Riggle, and Jake T. Austin.

Stewart is best-known for his work in Star Trek: The Next Generation and its subsequent films and for playing Professor Charles Xavier in the X-Men series. He’s also been knighted by the Queen, so the image of him playing poop is pretty funny. Twitter, of course, had lots of feelings:

“There is a core decency to this country” – Obama

“Sir Patrick Stewart will voice the Poop Emoji” – Sony, at the same time.

I guess he was always #2 after all. Sir Patrick Stewart is the voice of the Poop Emoji in Sony’s THE EMOJI MOVIE. This is everything.

Apparently there’s an #EmojiMovie, and Patrick Stewart is voicing the little poop graphic.