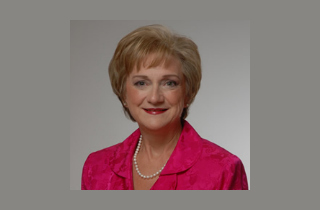 During a presentation last month before a grassroots conservative meeting in Texas, former TX GOP chairwoman Cathie Adams offered up a rather strong-worded assessment of President Obama‘s oratory skills, claiming that he is a “Marxist” who heavily relies on a teleprompter because he “fried his brains on drugs.”

“Who is a Marxist in our White House?” she asked the audience. “Of course, it’s Barack Hussein Obama. And I don’t know why we’re not calling him what he is as a Marxist. It’s as if when the wall fell that communism died — it didn’t. Today, it is green on the outside and red on the inside. It is as red as ever and Barack Obama is implementing his green agenda, which is Marxism.”

Repeatedly referring to the president by his full name “Barack Hussein Obama” — his full name, indeed, but typically used in a derogatory sense — Adams said that she was offended by his “narcissistic” behavior at the presidential debates, so much so that she “wanted to go up and just smack his face.”

Adams, who served as Texas’s GOP chairwoman between 2009 and 2010, decried the Colorado marijuana legalization initiative as part of Obama’s anti-American plans, and attempted to link the pot law to how she believes the president fried his brain on drugs like pot:

“And folks we’ve got to be very careful about saying ‘well, that’s not for me but you can do whatever you want.’ Folks, we have a rule of law, we have a Constitution and those things must be upheld. We cannot think that, well, if what their trying to do, for example, right now on a ballot in Colorado is legalize marijuana. And if we legalize it, will we empty out our jails and will we be safe for ever more? No. I’m telling you, Barack Hussein Obama has got to have a teleprompter because he fried his brain on drugs.

Have a listen below, via RightWingWatch: