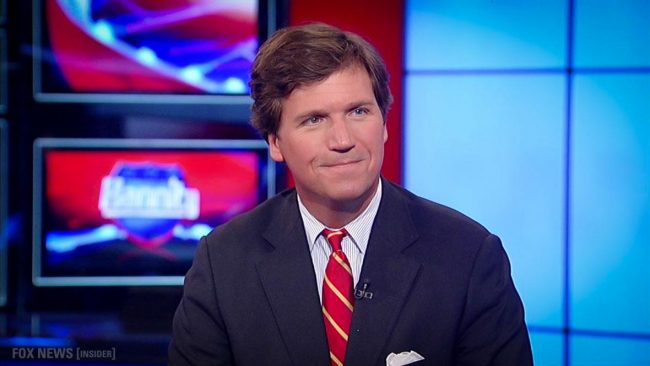 On a HUGE news evening when the federal government was careening towards a shutdown, Fox News pulled out a big primetime ratings victory as it was head and shoulders above the rest of the cable news competition during the 8 PM to 11 PM time slot. Meanwhile, as the midnight deadline for a Senate vote approached, CNN pulled in the most viewers in the key 25-54 demographic.

During primetime, Fox News’ three shows all led their hours in both total viewers and the demo. Hannity was the most-watched program on Friday, attracting 3.443 million viewers. Fox News’ Tucker Carlson Tonight led all primetime programs in the key demographic as it pulled in 683,000 viewers in the metric. The 8 PM Fox show finished second to Hannity in overall audience for the day, grabbing 3.257 million.

The top non-Fox primetime program was MSNBC’s The Rachel Maddow Show, with the 9 PM program averaging 2.991 million total viewers and 592,000 in the demographic, finishing second in its time slot in both metrics. Meanwhile, it should be noted that as the deadline approached, younger viewers began switching the channel to CNN. During the 10 PM hour, CNN Tonight was second in the demographic (572,000), jumping ahead of MSNBC’s The Last Word with Lawrence O’Donnell (531,000).

Over the weekend, Fox News was able to claim another win during a busy Saturday. With both the government shutdown and women’s marches front and center, FNC led for the entire day, averaging 1.407 million in total viewership and 309,000 in the demo. CNN was right behind for the day in the demographic, averaging 308,000 and also ranking second in overall audience (913,000). Special attention should be given to the debut of Fox News’ Cavuto Live. In its first broadcast, the Fox show led its 10 AM to 12 PM time slot in both total viewers (2.109 million) and the demo (419,000).