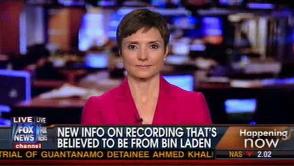 The U.S. Equal Employment Opportunity Commission filed a complaint yesterday against Fox News for a gender and age discrimination case dating back to 2007.

The FNC correspondent, Catherine Herridge, is still an employee with the company, and the network is responding strongly today – calling the suit “politically motivated.”

Mediaite has a statement from Dianne Brandi, Executive Vice President, Legal & Business Affairs for Fox News. In part, she says, “The EEOC’s suspiciously timed press release is nothing more than a partisan statement about a politically motivated lawsuit.” (Full statement is below.) Here’s more about the backstory of yesterday’s EEOC release, from Politico:

According to the complaint, in 2007, she made several complaints to Fox management alleging she had been discriminated against for her age and gender. Fox investigated but found no evidence of discrimination. The next year, the company asked her to sign a contract including language that she would not pursue further discrimination complaints, which she refused.

The suit alleges that the language in the new contract was retaliatory, and Herridge’s subsequent status as an “at-will’ employee caused her “considerable stress.”

But according to Brandi, the case was resolved in March 2010, with the EEOC saying at the time, “there is insufficient evidence to establish a violation of the statutes as to these allegations.” Also, Herridge is clearly still an employee with the company – the image above is from her reporting on the network today. Also, A Fox executive tells Mediaite, “the EEOC’s press release omits the fact that Herridge demanded to be paid in excess of $900,000 (a 96% increase) in the first year of her proposed new contract with escalating salary increases thereafter, and that’s why her new deal was not signed until June 2009. When her salary demands became more reasonable, the contract was signed.” Sources in a position to know say Herridge is among the D.C. bureau’s highest paid correspondents, making more than $500,000 a year.

So why this lawsuit, and why now? Well, consider the timing – one month before the November midterm election. And the EEOC is a part of the Obama administration. Remember that whole White House vs. Fox News thing from last year, that appeared to have quieted down for awhile? (Some would say it quieted down because the White House ultimately lost the war in deciding to take on FNC.) It flared up again this week, with Pres. Obama referring to FNC as “ultimately destructive” for the country. That stronger tone – followed by a lawsuit. The exec said this is being viewed internally as a “transparent political move by the White House. If ‘retaliation’ means being paid more than half million dollars a year, sign me up.”

The EEOC’s suspiciously timed press release is nothing more than a partisan statement about a politically motivated lawsuit. The suit alleges Catherine complained to FOX News management she was being discriminated against due to her sex and age, and an internal investigation found her claims to be baseless. In fact, the EEOC’s press release conspicuously ignores that it dismissed 98% of her claims, including a retaliation claim, also finding them to be baseless. In its March 31, 2010 Determination, the EEOC specifically stated:

‘With respect to Charging Party’s [Catherine Herridge] allegations that she was demoted, denied equal wages, denied assignments and denied promotion based on her sex, age, or in retaliation, or that a class of individuals was discriminatorily denied promotions, there is insufficient evidence to establish a violation of the statutes as to these allegations.’

Catherine filed her charge two years ago. Before and after that date she has been working for FOX News and on the air consistently. She has not lost a penny in salary. She was not fired, nor was she retaliated against nor discriminated against as the EEOC concluded in its own Determination. We at FOX News are proud of our record of compliance with the law.

We imagine this won’t be the end of the story.