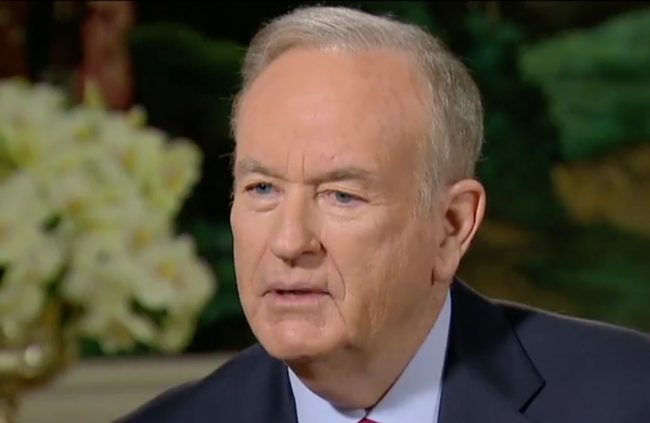 A new Variety piece about Bill O’Reilly and his sexual harassment scandals makes a bold assertion.

It says this: [Emphasis ours.]

The same day the scandal surfaced, news broke that O’Reilly’s multi-million-dollar contract had been quietly extended. His previous deal had been set to expire at the end of 2017. After losing star anchor Megyn Kelly to NBC News in January, Fox News moved quickly to re-up with O’Reilly, although they kept it quiet, even internally, in anticipation of the Times story. It’s understood that the new deal includes tougher language that gives the network leeway to end the relationship if there are fresh allegations leveled at O’Reilly for unacceptable workplace behavior.

O’Reilly’s contract was quietly re-upped with no notice to staff or the public, if this is correct, which would make the Variety piece a bombshell of sorts. Is it really, though? More on that in a moment.

Another noteworthy part of the report is the bit about how O’Reilly could be given the boot if there are “fresh allegations” of misconduct. Per LawNewz’s Rachel Stockman, language like that wouldn’t necessarily leave room for an ousting on the grounds of defecting advertisers, which O’Reilly’s Factor has by the dozens.

Now, as far as the claim that Fox kept the renewal quiet, that might be a little bit of overreach. It might even be a lot. When was the last time a network made a big, glowing announcement that one of their top stars agreed to keep being a top star? It is far less common for a star to dip out, which is why Kelly and Tamron Hall made news when they left their networks, but you have no idea when the last time Wolf Blitzer or Sean Hannity re-upped their own contracts. It’s likely that their own lower-level colleagues don’t know, either. It doesn’t necessarily mean executives are keeping secrets; it just means it isn’t newsworthy when someone is content with their job.

By Variety‘s own admission, O’Reilly’s contract re-signing was expedited after Kelly left, putting it weeks ahead of the bombshell harassment reports.