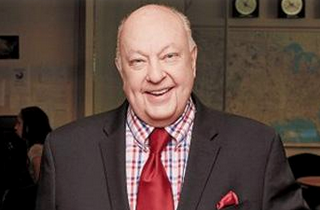 Fox News CEO Roger Ailes has some parting thoughts for Jon Stewart, who will leave a “Fox News takedown”-sized hole in late night after his departure Thursday night.

Stewart has ripped Fox time and again on The Daily Show, and as recently as Monday was trashing them for being hypocrites over his White House visits.

In an interview with The Hollywood Reporter, Ailes said that Stewart must worry all the time about how “Fox News beats him on the amount of money we make, on ratings and on popularity”:

“As he faces the end of his career, he’s beginning to wonder: ‘Is this as popular as I’m ever going to get? Is this as much power as I’ll ever have? The one person I could never get rid of was Roger Ailes. I tried. I did everything I could.’ This was all a plea to his lefty friends. I think he’s disappointed that he didn’t accomplish that goal, and we, of course, supplied him with half of his comedy. It’s just a matter of disappointment.”

Ailes also jabbed at Stewart and said he has a future in directing “movies with sort of a left-wing point of view, and America’s a terrible country.”

That being said, Ailes likes Stewart, thinks he’s funny, and even calls him a “very nice guy,” but believes he just has “a bitter view of the world and you see it embodied in how he’s reacting to Fox News.”