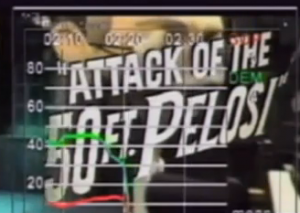 This morning, we learned that the vast majority of claims made in political ads this midterm season have been blatantly false. But that doesn’t mean all of those ads have been ineffective. Political consultant, Fox News analyst, and focus group holder extraordinaire Frank Luntz has been conducting polls in 20 states for the past eight months in an attempt to figure out what makes a campaign spot work—and what sorts of ads voters hate. He’s publishing his results—which are intriguing, if not entirely surprising—in this week’s edition of Time Magazine.

The number-one rule any candidate should follow? Make sure to talk about how much you hate politics. “Because Americans loathe most politicians, they love a candidate who hates the game,” Luntz explains. Candidates should also try to appear anti-Washington, anti-establishment, and anti-spin. Talking straight to the camera is much more effective than any other strategy, since “when we can see candidates up close, warts and all, we tend to trust them more.”

Luntz’s most interesting finding, though, is that serious ads work much better than ads that employ glib humor:

This election is about a country and an economy in peril, yet some campaigns still trivialize the issues. Yes, mocking House Speaker Nancy Pelosi makes Republican voters laugh, but independents in my focus groups were angered. Turning Pelosi into a puppet or a 50-ft.-tall Godzilla monster does not work; talking specifics — bailouts, stimulus, health care and voting records — does. None of these ads help lawmakers solve our various ills. It’s no wonder some people think more highly of used-car salesmen than of their representatives in Washington. But the inexorable cycle goes on, and soon enough another 10,000 ads will be heading our way. Next time, reach for the remote.

What’s good for reaching viral video status, then, isn’t good for the candidate him- or herself. Read Luntz’s article in full at Time.com.